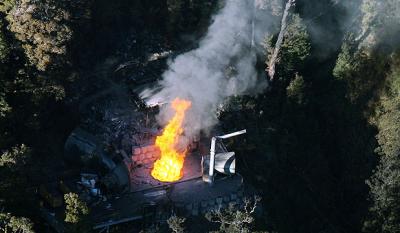 The first priority of the National government’s new dream team is to confront a nightmare. A real one. It is the moral issue of the Pike River aftermath and which takes the form of reopening the mine in order to seek for the mortal remains of the 29 brave miners who perished there.

It is a fevered issue which must now be cauterised in the national interest and in the interest of the bereaved. .

The new prime minister Bill English is the authority figure to do it. He must now state quite definitely that the mine cannot be reopened because it is too dangerous to do so.

The reason that Mr English must be quite definite that the mine cannot be reopened is because of the spiralling hysteria about the Pike River coal mine disaster and its aftermath.

Much of this is based on a generalised ignorance, and in some instances a feigned ignorance, about the specific dangers of coal mining in these latitudes. Also the way in which coal mining differs from, civil engineering tunnelling in transport or in hydro electric projects.

Coal mining in New Zealand is much more dangerous than coal mining is in most countries.

The reason is that the mining is carried out in the midst of relatively recent rock formations. This means that the drives are constantly passing through only recently formed rock through which permeates the gas of the decaying vegetation from which the coal is derived.

This gas known as firedamp-–damp is German for vapour– and it is the inflammable component.

The extent of this inflammable gas will have multiplied since the Pike River coal mine has been sealed off.

In the absence of ventilation the mine will have become one vast bottle of compressed gas.

Flushing out the firedamp from the mine in itself will be fraught.

The reason is that it will require pressure ventilation.

Where there is ventilation installed there is air handling equipment and in coal mines such equipment, notably fans, can emit sparks which can ignite this highly volatile gas.

The entire history of the short-lived mine demonstrates the dangers of what happens when moral and ideological desiderata conflict with the practical objectives of human safety.

In the case of the Pike River coal mine the conflict was embedded from the outset.

It was known that the area contained high value coal deposits.

Yet it was declared a National Park.

What followed was a moral trade-off as the demands of safety were set against the requirement of the preservation of flora and fauna and vistas.

Mr English must now use his authority to bring this lethal saga to a close. Decisively and firmly. He must say that the mine will stay sealed. He must state the reason which is Safety First .

Few will doubt his sincerity. His words though will appear harsh, most of all to Mr English himself.

He can temper the severity of his announcement by declaring that there will be a state-funded memorial to the victims of the explosion at the mine.

There are a number of such memorials on the West Coast. Among them is one to those who perished in the Strongman mine disaster of 1967. There is the memorial to those killed in the Brunner disaster of 1896.

Mr English must be blunt. He must avoid the temptation to be ambiguous.

It is never nice down there.

More in this category: « Wynyard Class Action Must Identify Litigation Targets We Were First to Predict Trumps in The White House and End of Watergate Era as Presidential rage at Press replaces the Press rage at Presidents »
back to top
Apr 11, 2018