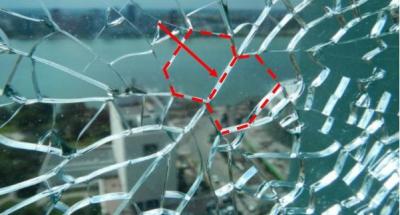 The recent spate of toughened glass shower screens, pool fences, balustrades and overhead glass spontaneously exploding in homes across the Australia and New Zealand has prompted the need to issue a safety warning to building and homeowners.

This year, two different Victorian apartment blocks have experienced exploding balcony balustrade panes. In Perth this June, a shower screen suddenly shattered while a four year old boy was taking a shower. Similarly, a Sydney mum called the ambulance in September 2016 after a shattered shower screen cut her three month old baby’s face. In Sydney this January two sisters, one eight months pregnant, were sitting next to a pool fence when it suddenly shattered. Shoppers at Robina Town Centre in Queensland were startled when a shopfront window unexpectedly exploded in June this year[1].

In New Zealand there have been a number of instances where glass has for no apparent reason to explode such as over an escalator in Wellington, entrance canopy glass in Christchurch and Dunedin.

Apart from physical impact or damage to glass edges, the most common cause of glass explosions in toughened (tempered) glass is a phenomenon called ‘Nickel Sulphide (NiS) inclusion’.

To protect employees, family, friends, guests and even passers-by from spontaneous glass explosions, Solar Gard and Speciality Window Films suggests the application of a safety film, which essentially creates a membrane that holds the glass together if it shatters.

Glass with applied Solar Gard safety film can be brought up to Grade A safety standard under Australian / New Zealand Standard AS/NZS 2208:1996, Grade A safety glass in human impact situations. It is a very tough, clear polyester film less than 1mm thick with a safety-strength adhesive. The combination of film and adhesive helps hold the glass together if it breaks, so instead of pieces falling onto persons or property, they remain stuck to the film.

“The recent incidents of random glass explosions are alarming. While toughened glass is designed to fragment into small cube-like pieces when broken, it can still pose a serious injury risk as the cubes can ‘clump’ together and sharp edges can be present, says Mr Ross Eathorne Managing Director Speciality Window Films.

“There is no way of predicting which installed products in your home could fail,” Eathorne continues. “So when it comes to glass, it’s best to err on the side of caution because the risk of injury to anyone nearby is so extreme. Safety film presents a permanent, invisible and cost-effective solution to the unpredictable and dangerous threat of toughened glass explosion.” Says Eathorne

With the recent introduction of much tougher Health and Safety regulations in New Zealand, employers and property owners have a responsibility to provide a high level of safety protection

Homes, offices and government buildings around the world use safety film to help protect against broken glass from bomb blast, extreme weather or spontaneous explosion. It can be applied to any glass surface, internally or externally, and comes in a range of different colours and thicknesses (the thicker the film, the stronger the substrate it’s applied to becomes). Solar control, UV reduction safety film is also available.

What is Nickel Sulphide (NiS)?

Invisible to the human eye, NiS is a tiny particle that can form inside glass during manufacture. NiS particles naturally expand during the lifespan of the glass, and usually never cause a problem. Toughened glass is about four times the strength of normal glass. Its strength comes from a balance of tensile and compression forces put into the glass during manufacturing. Sometimes the expansion of NiS particles disrupts the balance of these forces inside the glass, causing spontaneous explosion of the ENTIRE pane.

[1] Link to story and footage of the exploding glass balustrades in Carlton and Brunswick, Victoria, 2017

Link to story regarding the Perth shower screen incident, June 2017

Link to story regarding the Sydney shower screen incident, September 2016

Link to story regarding the pool fence explosion in Sydney, January 2017

Link to story regarding shopfront window explosion in Robina, June 2017

Distributed in New Zealand by:-

Email This email address is being protected from spambots. You need JavaScript enabled to view it.

Published in SOLAR GARD
Tagged under