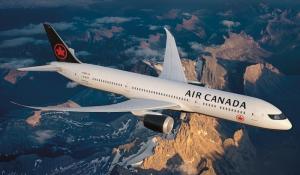 Air Canada has unveiled a bold new livery inspired by Canada for its entire fleet, elegant new uniforms for its employees, and a taste of some of the new on-board menu offerings that its customers can look forward to.

“On the occasion of Canada’s 150th anniversary year, with our new livery, new uniforms for our employees, the award-winning international cabin standard introduced with the launch of our Boeing 787 aircraft, and enhanced on-board offerings, the future Air Canada represents the strength of our nation and the future-looking spirit of our airline.

“On behalf of our 30,000 employees world-wide, it is a privilege to fly Canada’s flag, and we are proud to showcase some of the best of this nation’s talent as we continue to expand Air Canada’s horizons to fly to more than 200 destinations on six continents.”

Air Canada’s fleet of 300 mainline and regional aircraft are being repainted in a bold black and white design that highlights its iconic red maple leaf encircled ensign, or “rondelle,” that returns to the tail of the flag carrier’s fleet after an absence of 24 years.

In 2016, Air Canada significantly increased its global footprint with the launch of 28 new routes including 15 new international and 12 US trans-border routes.

With new service to Morocco, the airline joined the elite club of global carriers serving all six continents.

In 2017, Air Canada and Air Canada Rouge will continue its global strategic expansion.

To date, Air Canada has taken delivery of 23 new Boeing 787 Dreamliners with 14 more planned by 2019 – all offering the new international cabin standard.

Find out more about the design overhaul in this Air Canada guide. 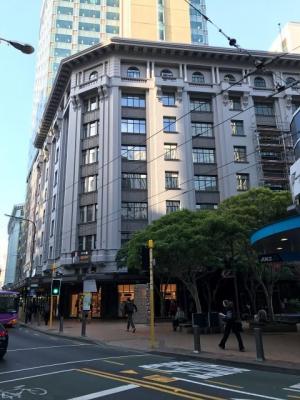 DoubleTree is set for WellingtonThe Hilton is opening its first property in Wellington this year under the DoubleTree by Hilton brand.

The seven-story hotel, expected to open late 2017, will be located in the T&G Building on Lambton Quay.

When complete it will have 108 rooms (including 21 suites), a restaurant, bar, boardroom and gym.Dianna Vaughan, senior vice president and global head, DoubleTree by Hilton says: ‘The hotel boasts an ideal location for both the business and leisure traveller with close proximity to the central business district and walking distance to Te Papa Museum and the cable car as well as numerous shops and cafes.

’The property is operated by Sarin Investments, which has signed a franchise agreement with DoubleTree by Hilton. 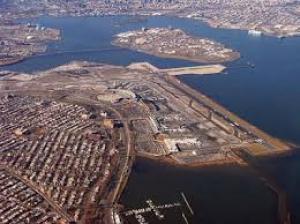 In an encouraging announcement, US President Donald Trump has revealed plans to rebuild America’s airports to make travel a more pleasant experience.

In Chicago, Trump told United Airlines chief executive Oscar Munoz and representatives of Delta, Southwest, JetBlue and airports from around the US, of his plans to revitalise America’s airports.

America led the world in airports and air travel but has paid the price for establishing infrastructure early. Some of its airports are tired and dated. They have been eclipsed by gleaming new facilities in places like Guangzhou and Mumbai.

At Chicago’s massive O’Hare International Airport, airlines have already agreed to build up to nine new gates to help improve on-time performance. The only downside: the cost (about USD 300 million) is likely to be met through fees added to the cost of plane tickets.

New York LaGuardia Airport is also set to be redesigned and largely rebuilt, at a cost of about USD 4 billion.

Trump reportedly did not disclose exactly how he proposed raising the money for his airport improvement scheme, but it is a good signal and will no doubt be discussed at this year’s IPW travel mart, due to be held this year in Washington DC.

Trump added that he thought the US Federal Aviation Administration would function better if run by a pilot. 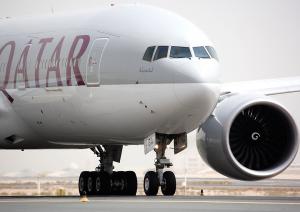 Qatar Airways is latest airline to touch down on the shores of New Zealand.

Flying direct from Doha, Qatar Airways is the World’s longest commercial flight covering a total of 14,535km with a flight time of approximately 17 hours and 30 minutes. The Auckland – Doha route is operated by a Boeing 777-200 LR. This new route provides easy connectivity to Europe, offering one stop-off in Doha. For those not travelling to Europe, Qatar Airways offers more than 150 destinations in six continents for travellers to choose from.

The Ruling on the Travel Ban: A Lose-Lose Scenario for Business Travel and the Economy 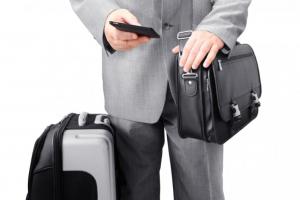 On Tuesday, the 9th U.S. Circuit Court of Appeals in San Francisco heard arguments from the Department of Justice and opposing attorneys from the states of Washington and Minnesota before they decide the fate of President Trump’s executive order banning travel to the United States from seven Muslim-majority countries.

They can ultimately choose to reinstate the travel ban or uphold the lower court’s ruling on the temporary stay, which would likely result in an appeal to the Supreme Court. However, both scenarios result in a loss for the travel industry and the economy.

Last week GBTA polled both its U.S. and European members to assess the impact of President Trump’s travel ban. In Europe, nearly half of travel professionals reported expectations for their company to reduce business travel over the next three months and 31 percent of U.S. respondents agreed.

Based on the most recent industry data available as of February 8, 2017, the following is the estimated impact:

We say it time and again. Business travel drives lasting business growth and is a leading indicator for jobs and the economy at large. Upholding the travel ban will clearly cause a rippling effect through the travel industry, ultimately hurting the economy. It also unleashes travel disruption like we saw when the order was first implemented. While the White House’s stated goal was acting in the interest of national security, it did not give the civil servants responsible for implementing the ban any chance to do so effectively. There was too much uncertainty and a lack of clarity around the executive order, leading to general confusion. The net effect was that business travel bookings were delayed or canceled.

There is no question that security is of the utmost importance. However, instead of closing our borders, the United States should continue to pursue and focus on expanding security programs like the Visa Waiver Program, which facilitates information-sharing among governments to ensure properly vetted travelers, making us all more safe and secure.

Upholding the lower court’s ruling is also a losing situation for the business travel industry. The initial impact has already been felt and the uncertainty it will create as we await an appeal to the Supreme Court will continue to make its mark. Advanced bookings will likely slow as travel professionals cannot be sure if and when the ban will be reinstated. Meetings and events may be cancelled altogether.

The cloud of uncertainty could leave a lasting economic impact. Large corporations and small businesses alike will suffer. The biggest driver of our economic recovery of the past seven years from the most recent downturn was international outbound travel. U.S. businesses found top line growth and business opportunity from new markets all over the world.

We urge the Trump administration to pause this travel ban action, reassess its path forward with key stakeholders and preserve both our national security AND our economy for the future.