The passage of this Bill is a significant step towards New Zealand ratifying the Trans-Pacific Partnership (TPP).

“It will be a signal of the commitment that New Zealand has for the continued liberalisation of international trade. At times when there is uncertainty in the rest of the world, New Zealand’s consistent and trusted voice of negotiating trade outcomes that are good for our economy needs to be heard.

“Our vision for a mechanism to enhance trade between four countries grew into the largest trade agreement to date and which places us in the middle of a region encompassing nearly 40 per cent of global GDP. We can be very proud of that, but we must continue to push for new trading opportunities and to continue to push for trade liberalisation wherever we can,” says Mr McClay.

The Bill makes all the necessary changes to primary legislation required by New Zealand to ratify TPP. The amendments introduced by the Bill – and other related changes to New Zealand law – will take effect only from the date that TPP enters into force for New Zealand.

“Whilst acknowledging that there remain obstacles to the agreement coming into force, we need to take time to allow the new US administration time to fully consider its trade agenda.

“Until then, New Zealand will continue its own, well-proven path to openness and inclusiveness in the global trade arena,” says Mr McClay.

Commerce and Consumer Affairs Minister Paul Goldsmith has welcomed the passing of the Patents (Trans-Tasman Patent Attorneys and Other Matters) Amendment Bill, which will implement a joint trans-Tasman licensing regime for New Zealand and Australian patent attorneys.

Patent attorneys make up a small profession providing specialist advice to innovative businesses on the protection and exploitation of intellectual property.

“The two countries share over 500 trans-Tasman patent attorneys. With many of them already registered in both jurisdictions it makes sense to take advantage of economies of scale and save the profession time, money and effort.

Key changes in the legislation include:

Foreign Minister Murray McCully will travel to the Middle East next week to meet with leaders and counterparts in Jordan, Israel, and the occupied Palestinian territories and to attend the Sir Bani Yas Forum in Abu Dhabi.

“New Zealand continues to serve as a member of the United Nations Security Council until the end of the year and we remain focused on doing what we can to help address the current conflicts in the Middle East,” Mr McCully says.

In addition to meeting with regional leaders Minister McCully will attend the 7th Sir Bani Yas Forum in Abu Dhabi. Hosted annually by the United Arab Emirates, this high-level retreat is a leading venue for discussing peace and security issues in the Middle East. 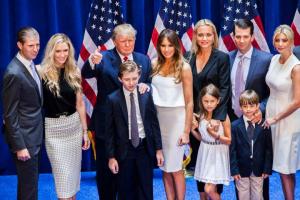 MSCNewsWire - Nov 10, 2016 / New Zealand’s primary produce export opportunities are more likely to rise rather than decline with the election of Donald Trump as United States President. The reason is that the incoming president as a priority has the dismantling of the confrontation between the US and Russia.

The lifting of the embargo will introduce the free flow of food exports from EU nations into Russia. The problem for New Zealand since the embargo was installed is that the EU food exports, notably milk, have backed up all over Europe instead of going to Russia.

For its part Russia in defiance has enforced the embargo by destroying EU foodstuffs with back door labeling or being shipped under proxy bills of lading. French foodstuffs carrying face value Moroccan origination are just one example of this.

The dissolving of the US led embargo on Russia will also allow New Zealand which is also a partner in the embargo to start trading again directly with Russia.

New Zealand participation in this trade embargo with its self-damaging results has long been cloaked in a conspiracy of silence. Politicians and exporters alike have kept their mouths shut for fear of US reprisals.

Even though the incoming president has promised to scrap United States trade treaties in order to build US domestic employment, the abandonment of the Trans Pacific trade agreement signed by all participating countries in Auckland earlier this year is unlikely to present a serious problem to New Zealand exports.

The legislation attendant on the treaty is subject to a lengthy clearance process having only just navigated its latest reading in the New Zealand parliament. Other countries will take years to approve it. Critics claim that the Trans Pacific trade deal, and other such US treaties with other countries merely double up on what has already been achieved under the WorldTrade Organisation among other such bodies.

An additional point, and one that may make a President Trump resist pulling the plug on it is that the Pacific agreement is primarily viewed as a device by the United States to preserve its global supremacy in currency leadership. At least 80 percent of world trade is carried out in the USD and the United States is determined to stop China taking any part of this share with its own rival currency..

Meanwhile the central theme of Trump policy, curbs on immigration, is likely to add to the value of New Zealand primary products. This is because in the United States Mexico is the home of much of the US milk workforce at every phase.

A reliance on United States nationals to do the work will add greatly to the costs at every stage of US milk production. 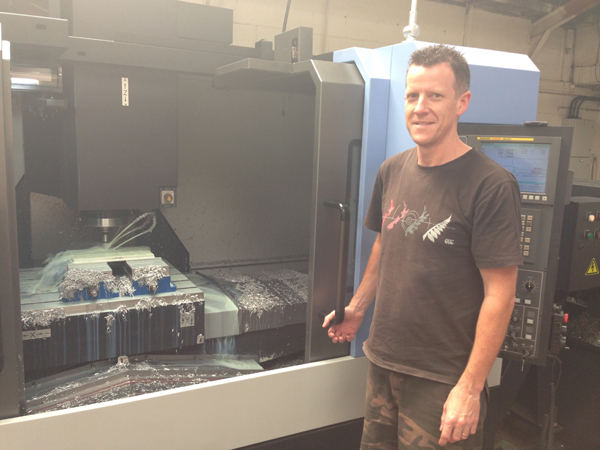 New Zealand production engineers as soon as the negotiation dust settles should consult their North American agents for hard news on tariff, clearance, and preference shifts on machinery imports including machinery re-builds.