Foreign Affairs Minister Winston Peters will travel to China next week where he will discuss with his Chinese counterpart how the two countries can work together for mutual benefit in the Pacific.  Peters will meet Chinese Foreign Minister Wang Yi for talks on a number of issues. Peters told reporters today his four-day visit had been a priority for some time but until now it had not been possible.

Govt's inaction sees NZ increasingly shut out of US - McClay

New Zealand exporters risk being shut out of the US market because of the Government inaction, given it’s made no effort to build a relationship with its US counterpart, National’s Trade spokesperson Todd McClay says.

"New Zealand continues to be on the receiving end of trade restrictions imposed by the US, having been denied an exemption on steel tariffs which were offered to a number of other countries, and now the US wants New Zealanders to pay more for drugs.

"US President Donald Trump has announced that the US will be negotiating with countries including New Zealand to pay more for medication imported from the US. In response the Prime Minister has said that her Government has not been involved in any discussions to receive an exemption.

"That response is not good enough and it’s not surprising that President Trump is singling out New Zealand given there’s been virtually no contact between the US and the Ardern-Peters Government. After seven months the Trade Minister hasn’t even visited and the Government is eroding the strong relationship National left it.

"The Prime Minister has also probably spent more time with Hillary Clinton than with President Trump.

"And while she’s correct, having the Prime Minister point out that New Zealand is protected from drug price hikes by the TPP is also surprising, given in Opposition Labour insisted those very protections weren’t strong enough.

"Pharmac has always been protected in New Zealand’s trade agreements, including the TPP, so that we can continue to provide cost-effective healthcare for New Zealanders, and that must continue to be protected.

"One way to do so would be for New Zealand’s Trade or Foreign Minister to get to Washington and make our case. The Prime Minister should tell David Parker to get on a plane to do that."

The Government is disappointed New Zealand has not been included in the announcement by President Trump on exemptions from steel and aluminium tariffs, Trade and Export Growth Minister David Parker says.

Mar 21, 2018  - BUENOS AIRES, Argentina (AP) — The world's top financial officials made a call Tuesday for open trade and more dialogue at a time of growing criticism that tariffs imposed by U.S. President Donald Trump might trigger a global trade war. 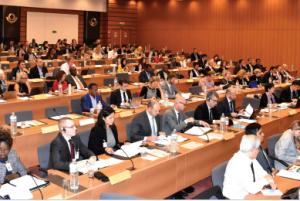 A meeting of the World Customs Organization’s E-commerce Group. In order for the US CBP to successfully implement its new strategy, it will have to work with Customs departments worldwide.

The United States Customs and Border Protection (CBP), an agency within the Department of Homeland Security, has woken up to the same issue that many in the air freight and express industry woke up to several years ago: e-commerce has gone cross-border. That is, instead of imports to the US consisting mostly of big shipments brought in by big companies, there is an increasing volume small shipments – all the way down to single packages – being brought in by individuals.

The problem: In CBPs own words: “E-Commerce shipments pose the same health, safety, and economic security risks as containerized shipments, but the volume is higher and growing. Additionally, transnational criminal organizations are shipping illicit goods to the United States via small packages due to a perceived lower interdiction risk and less severe consequences if the package is interdicted. Furthermore, new or infrequent importers often possess less familiarity with U.S. customs laws and regulations, which can lead to the importation of non-compliant goods.”

The solution: Again, in the agency’s words: “To address these challenges effectively, CBP has developed an e-commerce strategy. This strategy highlights private industry and foreign governments as key resources in CBP’s continuous assessment of the e-commerce environment. The strategy includes efforts to educate the public and trade community to ensure they understand their responsibilities as importers to comply with customs regulations. The strategy also emphasizes enforcement initiatives, such as streamlining enforcement processes affected by increasing e-commerce volumes, leveraging enforcement partnerships with partner government agencies and foreign governments, and improving data collection from CBP targeting systems and field personnel.”

CBP says this strategy is based on four “primary goals.”

All of which sounds great, in a motherhood-and-apple-pie way, but could mean just about anything. After reading the official 10-page strategy document (it’s available here), our sense is that what CBP is aiming for is modeled on a combination of something similar to the TSA’s “Known Shipper” program, a requirement for advance sharing of shipment data, and stiffer penalties for non-compliance.

While some of this is possible through hard work at the CBP itself (data analysis that flags certain shipments as potentially non-compliant, for example), much of it is dependent on cooperation from non-US governments and businesses.

Cross-border e-commerce is not going to go away. Nor will it shrink. And CBP is correct in its perception that “e-Commerce shipments pose the same health, safety, and economic security risks as containerized shipments.” So, clearly, there is a need for a new strategy – and not just in the US, but everywhere. Equally clearly, CBP recognizes the need to work with the rest of the world.

For example, in its explanatory notes to the fourth of the above goals, the agency says: “E-Commerce trade is a global challenge and CBP’s engagement with its international partners can facilitate communication between foreign customs administration and lead to unified enforcement efforts. CBP will partner with foreign governments and international bodies such as the World Customs Organization (WCO) and the B5 countries (Australia, Canada, New Zealand, the United Kingdom, and the United States) to set international standards and develop best practices for e-commerce import processing.”

Gaining this sort of cooperation may not be easy. It was difficult enough in the immediate post-9/11 period – a time when political and business relations between the US and the rest of the world were relatively good. But the increasingly protectionist stance of the current US administration may make it increasingly difficult to gain such cooperation in the future.

It is an odd situation. US consumers are increasingly demanding a borderless shopping world, but at the same time, the US government is throwing up, or threatening to throw up, ever higher barriers to imports.

If you are interested in learning more about the impact of growing cross-border e-commerce on the air freight and express industry, and on the world economy, join us Cargo Facts Asia, 23-25 April, at the Mandarin Oriental Pudong in Shanghai. This year’s event will feature several sessions devoted to e-commerce. For more information, or to register, visit www.cargofactsasia.com 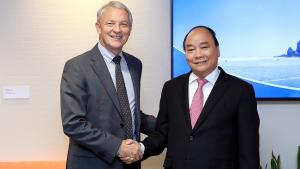 Mar 12, 2018  - New Zealand is actively seeking exemption from the punitive tariffs imposed on imports of steel and aluminium to the United States, arguing the country has a relationship with the US "not unlike Australia's", is running a trade deficit with the US, and is such a small producer that it represents no threat to US manufacturers. 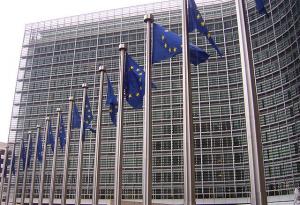