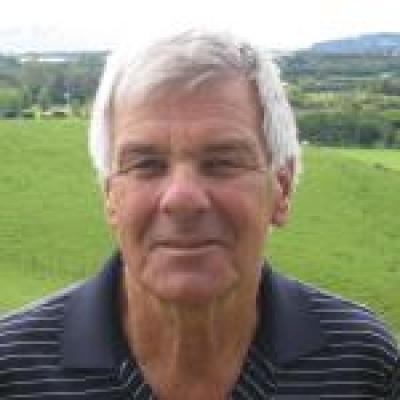 It’s true of any marketing and distribution strategy, but China’s size and comparatively underdeveloped cold chain make this factor even more important for the successful development of agricultural business there.

With all export markets it is important for companies to analyse and select the preferred product type and form, business segment, geographic target area, and method of reaching the identified market. Market access and tariffs are other important considerations. When an export destination has been selected, a scattergun approach almost certainly won’t work, while a too narrowly defined market may be equally unsuccessful.

In some countries, there will be an established value chain which an exporter can either engage with or find another way to reach the targeted consumer. But in markets like the USA the country is so vast the exporter must begin conservatively and take a very careful, targeted approach. Unless companies have the size and scale to set up their own operation, a local partner will be essential which is where it starts getting tricky. However in developed markets there is no lack of logistics infrastructure to overcome – the problem is the amount of choice and the potential for making the wrong call.

China is different. It has a rapidly growing middle class which wants high quality food and ingredients, but in spite of the FTA there are still major impediments, at least for some exporters, to obtain market access for their products. Infant formula producers and some individual meat plants are two prime examples of this inequity in gaining China access. A conservative estimate of the effect of this is an opportunity cost of up to $100 per body of beef, because the price from China for beef cuts and co-products has been that much higher than that paid by the next best available market.

A further issue is access for sheep and lamb casings for sausage manufacture for which China is the best market by a considerable margin. The refusal to allocate import licences to all previously accredited infant formula manufacturers has had a major impact on a number of New Zealand businesses; at the same time it has seriously reduced New Zealand’s share of the Chinese market compared with the previous year.

Fonterra has chosen two main options – it has made a substantial investment in Beingmate as its partner to gain distribution for its Anmum brand and high quality dairy ingredients for infant formula, while developing a series of dairy hubs to produce raw milk for processing in the Chinese market. However the company has decided to find a farm ownership partner as a means of recouping development and running costs, especially as the farm operation is currently running at a loss due to the low liquid milk price.

Meat exporters must choose between the hundreds of approaches they receive from would be importers, all of which offer opportunities for sales which far outweigh product availability. All the meat companies have secured importers, several of which are part of larger groups with vertical integration from farm to processing facility to store or online distribution.

Silver Fern Farms has successfully gained a major investor through its partnership with Shanghai Maling, a subsidiary of Bright Food Group. This relationship will provide preferential access to a chilled meat manufacturing and distribution network across Shanghai and other Chinese provinces including a network of supermarkets and retail butchers. However, critically SFF will not be tied to supplying Shanghai Maling alone, because its partnership still allows it to supply other customers that may offer better distribution or prices.

Before Christmas Alliance Group announced it had reached agreement with Heilongjiang province based Grand Farm, China’s largest sheepmeat importer with feedlots, processing facilities and butchers shops, to launch a range of market ready lamb, beef and venison products for retail and food service. The range will be co-branded Pure South Grand Farm and will initially consist of lamb products to be packed in New Zealand and China. The relationship between Alliance and Grand Farms goes back 16 years and has provided Alliance with a profitable means of matching its New Zealand raw material to the needs and tastes of Chinese consumers.

Most of the red meat industry debate in recent years has focused on ownership of primary processing facilities, while Fonterra’s shareholders have resolutely maintained 100% ownership of their cooperative. The farmer psyche in both cases is firmly attuned to the idea the only way to own or share in the value chain is complete ownership, therefore control, of the facilities that process their raw material.

It seems to me this debate misses the point of what constitutes the critical success factors in New Zealand’s primary sector given reduced access to capital and resources for international expansion further up the value chain. SFF’s struggles suggest ownership of the asset is often a liability which prevents instead of preserving control. Fonterra has found the transition from raw material processor to value added product marketer less than simple.

Alliance’s relationship with Grand Farm, SFF’s partnership with Shanghai Maling and Fonterra’s investment in Beingmate are all examples of flexible strategic thinking about how best to increase involvement in a new and growing market.