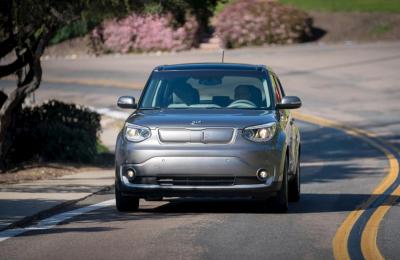 Hyundai-Kia America have announced an important development for the future of electric vehicles with the successful trial of a working wireless fast-charging system writes By David Kavermann  for Driven.

After a three-year project, the Hyundai-Kia American Technical Center along with partners Hatci and Mojo Mobility say they have developed a fast-charging wireless power transfer system, installed and tested on a fleet of Kia Soul EVs in America. The company says this is an important breakthrough for electric vehicles, shaping a future where plugs will no longer be necessary.

Hatci and Mojo worked together to develop a compact wireless charging system that is capable of transferring more than 10 kW to the vehicle for fast charging while targeting an 85 per cent grid-to-vehicle efficiency. The project installed the system on five Soul EVs and tested them in real-world applications for durability, safety and performance.

The system works by using an electromagnetic field to transfer energy between two coils—a transmitter on the ground and a receiver on the bottom of the vehicle.

To begin charging, the driver simply parks the car above the transmitter and then energy is sent through an inductive coupling to an electrical device, which uses that energy to charge the electric vehicles’ battery.

Hyundai-Kia say their system allows some misalignment between the transmitter and the receiver, making it easier and more convenient for day-to-day use.

“We’re thrilled with the success of the system and its efficiency,” said William Freels, Hatci President.

“We set out to develop wireless charging that has real world applications and is easy to use for the consumer. Now, with this fleet of wireless Soul EVs, we can clearly see a future of unplugged electric vehicles.”

There is no current plan to offer the wireless charging system on production vehicles for sale to consumers; however, the success of this development project suggests similar systems are possible on future Kia electric vehicles.

Kia have just introduced their first hybrid and plug-in to the local market, the Niro SUV.

More in this category: « When cars hit the end of the road $28 billion funding package for Auckland roading and public transport projects unveiled »
back to top
Mar 12, 2018