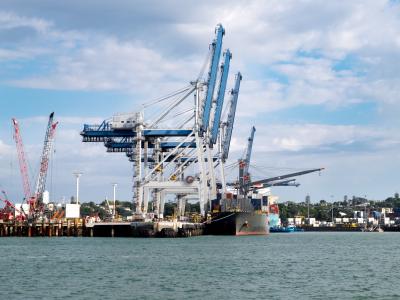 As part of its continuous review of its marine lubricants logistics offering, Shell Marine has expanded its distribution network into New Zealand, also adding three new key locations to its delivery options – in Indonesia, Spain and Chile.

Shell Marine’s expansion into New Zealand follows the recent publication of the New Zealand Ministry of Transport statistics, covering 2016/2017, which indicate that in gross weight terms, trade by sea grew 5.8% over 2015/2016. The latest figures by value, from Statistics New Zealand, show exported goods jumping 9.5% in January 2018 over January 2017, while imports by value surged 17%.

Shell Marine is constantly reviewing its distribution network, which has been progressively expanded, with marine lubricants now available in more than 700 ports in 60 countrie

More in this category: « Hyundai Heavy Industries to use robots in shipbuilding Fisheries NZ has new focus on innovation »
back to top
Aug 30, 2018