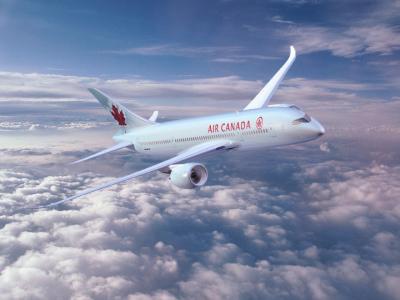 “What do the passengers around us think?” asks my seating partner ensconced in G on the other side of the four seater aisle. “I was wondering the same thing”, I replied.

Robert, 2IC of the cabin crew introduces himself with a goodie bag with two of Canada’s and two of Australia’s main stream papers and a Business Class amenity kit saying to both of us I am going to look after you on this trip. We have just taken off from Sydney on AC 34 to Vancouver, a nearly full Boeing 777 200 LR in the second economy cabin, with me in seat D and my new friend Bill in G. And the only two empty seats on the plane are between us. They were blocked when we checked in.

Turns out Bill missed the Melbourne/Vancouver AC flight yesterday when there was a problem with the departure and joined the Sydney/Vancouver AC flight. He was originally booked from Melbourne in Business class but Premium Economy and Business Class were both full on the Sydney departure and I’m not sure if Robert felt sorry for me or it was a space available upgrade that included me but both Bill and I ended in a special Y class.

Again enter Robert who outlines the Business class menu, we both opt for the lamb which is served on china with stainless steel cutlery and brought to our seats in a ceremonious way. The food and attention afforded us (because the J cabin and the PE cabins were full) was outstanding and Robert made a special run to ensure the cutlery was not plastic like that being used around us. We wondered what the other passengers thought was happening as they consumed their “chicken or beef”.

The food and drinks run was extremely efficient and unlike some airlines there was a second drinks round immediately after the meal giving passengers an opportunity to top up for a further 12 hours in the air and hopefully get some sleep.

Air Canada is making sure of this. 2017 was a big year for Canada as it celebrated its 150th birthday with a record-breaking 20.8 million tourists from around the world, the highest number in Canadian history.

More in this category: « Qantas frequent flyers shocked as points vanish Singapore Airlines' deployment of an A350 on the Christchurch to Singapore service will introduce Premium Economy Class to the route »
back to top
Apr 11, 2018