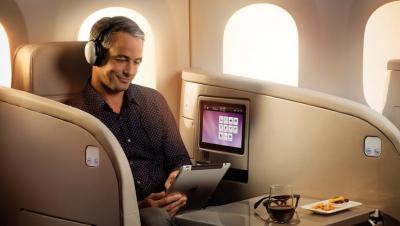 In a project that’s claimed to be “top secret”, Air New Zealand has reportedly begun consumer testing in the lead-up to a major business class cabin revamp.

The New Zealand Herald has published a story about the project, thus blowing its cover and lifting any veil of secrecy the mission may have had.

According to the Herald report, the airline has taken space in a secure building in central Auckland, where a select few Air NZ customers “including some of its most frequent long-haul flyers” have been invited to test prototypes.https://www.centarahotelsresorts.com/cosihotels/?utm_source=e-global&utm_medium=banner&utm_campaign=cosi-firstlaunch&fbtrack=CUST-cosi-firstlaunch-e-global-banner

The project aims to develop new seats for the airline’s business class, which will be fitted to coming long-haul aircraft – presumably B787-9 Dreamliners – and retrofitted to planes already in the fleet.

The test site has been dubbed ”Hangar 22” according to the report, which says premium economy and economy seating could be in for the same treatment, down the track. There is even talk of visitors to Hangar 22 having to sign confidentiality agreements, before dozing off on flatbed seats for hours and sampling new in-flight menus.

Air New Zealand has pioneered a number of in-flight innovations. In 2010 the carrier’s first B777-300 brought the Kiwi-designed Skycouch to New Zealand for the first time. The aircraft were placed in service on the Auckland-Los Angeles-London route.

More in this category: « Air New Zealand publically launches in-flight WiFi Stand by for another low-cost carrier in Asia »
back to top
Apr 11, 2018