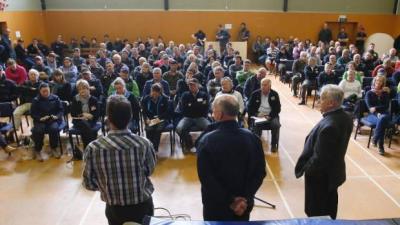 The extent to which governments have had their attention diverted from the ever-present threat of bio security breaches in order to be seen to be supporting the Green Party with its environmental focus on fossil fuels remains itself a present issue.

The ability of the Green Party to dominate the environmental conversation with its anti gas-oil-coal mantra was particularly obvious in the media in which practitioners handled Greens with the same circumspect humility with which they once treated representatives of organised religion, with an assumption of the righteousness of their cause.

If they successfully guided the broadcast media with their blend of moral movement and conjectural science, the effect on Parliament was a similarly diverting one.

It was in this political environment, one in which societal imperatives overtook scientific ones, it is now thought that New Zealand set in train the set of circumstances leading to the worst environmental scourge ever to arrive in New Zealand.

The determination of the Green Party to focus on fossil fuels and their requirement to position New Zealand at the very forefront of the world stage in condemning them caught for example the oil and gas industry here by surprise when it suddenly found itself the target of the Green-ignited ban on oil and gas exploration here.

The incident demonstrated that the Green Party’s ability to vector its anti fossil fuels campaign into the very forefront of what this government refers to as “prioritisation” was much more powerful than was realised.

This is because industry at large had anticipated that the Green faction within the Labour coalition government would make its presence felt by insisting that teeth be put into regulations in stopping dairy run-off entering waterways.

For example by enforcing closed loop milking systems in which dairy dung is used to power milking operations, especially, refrigeration.

These are now standard in other countries. But remain to be installed in New Zealand, though they were in large measure developed here, and have been proven for many years.

Instead of involving itself with this kind of thing, the Greens took the opportunity of showing the world what it could do by leaping at the throat of its enemy-in-chief which is the petroleum sector.

Similarly, it was felt that the Greens would insist that local governments instead of talking about things like the discarded tyre mountains in their districts would actually do something about them.

Again, the technology in the form of heavy duty granulators which convert the discarded tyres into road paving materials has long existed but without regulation has never been implemented.

Greens did though hit the road, the one which leads to United Nations and its high-profile international conferences.

There are a number of signs that incredibly as it now seems that bio security had somehow found itself pushed onto the back burner.

There is a lesson in governance here.

It is that governments regardless of the pressures building up within them must clearly distinguish between what is desirable and what is necessary.