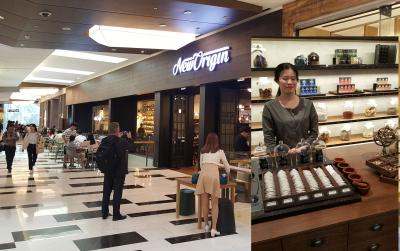 “There has been an explosion in consumer demand for consumer-ready velvet-based products in Korea. Ten years ago this product category didn’t even exist,” he says.

“In the past six months, 23 new velvet-based healthy food products have been launched in Korea; the majority of them using NZ velvet.

Griffiths says the Chinese market for velvet has yet to make the leap into consumer-ready healthy food products, but many manufacturers in China are aware of what has happened in Korea and believe it can be repeated in China.

“The main barrier is a lack of confidence in the path to market for consumer products based on NZ velvet. These products cost millions of dollars to develop and market, so manufacturers need to be convinced they are not infringing a rule or regulation along the way,” he says.

Griffiths says DINZ, based on discussions with Chinese regulators, believes there is no problem. But to provide confidence to potential customers, DINZ is working with some exporters and NZ Trade and Enterprise to commission a report by a respected Chinese regulatory expert on the pathway to market. This will be provided to key manufacturers when it has been completed.

Still, Griffiths understands why Chinese manufacturers may be unsettled.

“In the last three years – to improve consumer safety – there has been a major tightening of the rules and regulations governing food and traditional medicines in China. This has included tighter standards for overseas suppliers,” Griffiths says.

“As a result, NZ velvet producers have had to create clean areas in their deer sheds and to meet tougher cold chain requirements. In China, velvet processors have had to make similar upgrades. Some have built completely new factories.”

In a major move announced in March, a major new Chinese super ministry is being established that’s expected to have regulatory oversight of the trade in traditional medicines and manufactured health foods. Until the new regulatory regime is operating, Griffiths says manufacturers will be uncertain about the rules that will apply to their operations.

“A further unsettling factor has been the recent clamp-down on importers for importing illegal products and for evading customs duties. Some smaller velvet importers have been prosecuted,” he says.

“Larger, reputable importers say this will be a good thing in the long-run for the reputation of imported velvet and particularly for New Zealand. It will tidy up the industry.”

In the meantime, Griffiths says the traditional velvet market in China remains strong. Indeed, the clamp down on dodgy importers may further increase demand for NZ velvet, because buyers can be sure it meets all current Chinese regulatory requirements.

More in this category: « NZ's Don McKinnon signs letter urging Donald Trump to back allies Acting PM Peters upbeat about progress on US trade, investment visas for Kiwis »
back to top
Apr 12, 2018