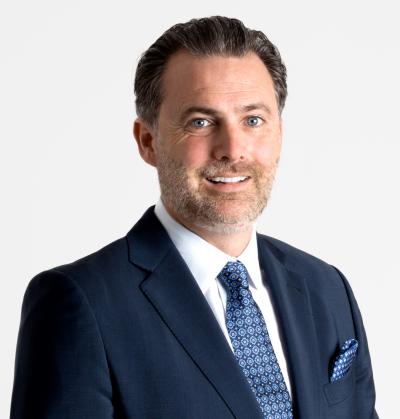 Auckland's largest non-bank property financer has over $100m to invest and is eager to support the Government’s highly anticipated KiwiBuild programme but like others in the development sector the lending company is awaiting more detail.

New Zealand Mortgages & Securities Director James Kellow says if the Government wants to get anywhere close to delivering 100,000 homes in a decade, its primary focus should be encouraging the private sector to get the job done, rather than building significant numbers of houses itself.

Mr Kellow believes if the Government puts the right structure in place to incentivise the private sector’s involvement there will be a tidal wave of KiwiBuild deals done and affordable houses built.

“In some cases, the Government will need to directly fund projects, but in most cases the private sector is better placed to deliver them. All the private sector needs to see is a concrete plan with certainty assured. That would give the likes of lenders the necessary confidence to back projects and KiwiBuild would be away!”

Mr Kellow says the Government would achieve a better result for less cost up front if it positioned itself primarily as effectively master guarantor, underwriting future privately-led projects – big and small.

It has been well signalled that the Government intends to work with developers and provide them with incentives to help deliver the KiwiBuild programme. Evaluations of proposals are now underway, although much of the detail has yet to be worked through.

“We’re now waiting for the Government to confirm how it will work with the private sector in the longer term. The devil will be in the detail of the development agreements yet be inked. In the meantime, lenders like us will set aside significant capital ready to invest in these projects and encourage the Government to leverage others’ balance sheets as well as their own if they want the KiwiBuild programme to be delivered at pace.”

Mr Kellow says KiwiBuild projects need to be a mix of large and small developments to attract as many developers and lenders as possible of varying scale, with affordable housing in Auckland ideally located in proximity to the region’s key transport nodes.

“Kiwibuild homes should not be scattered around greenfield sites around peripheral Auckland where transport infrastructure is lacking. Ideally, they’d be in brownfield sites and well connected to public transport. I’m pleased the latest Mangere site announced will be close to future light rail for example.

“You want a situation where three friends in their affordable homes in say Albany, Panmure and New Lynn can all jump on the train and meet in the city, taking about the same time and cost. It’s critical KiwiBuild homes not only enable homeownership but promote access to work and lifestyle, and I think the Government gets that.”

He believes with the advent of KiwiBuild there has been a surge of market interest not only by lenders and developers spying up potential sites and opportunities but by first-home buyers who realise they’ll now be able to get on the property ladder.

“If you’re talking about $600,000 homes, the required deposit gets a lot more achievable particularly if first-home buyers can access KiwiSaver HomeStart grants. Things are suddenly getting a lot more doable for the likes of a working couple and that’s definitely spiking interest among this market segment.”

What’s more, he says, given the levelling real estate market in Auckland, not to mention ongoing relatively low interest rates, if the Government is to pull off KiwiBuild, the timing arguably isn’t bad.

NZMS has recently had $90m repaid from successfully completed development projects. Mr Kellow says with many apartment developments and subdivisions now complete around Auckland, backing affordable housing projects is set to form a bigger part of their lending.

Established in 1983 NZMS is privately-owned, investing its own capital and assessing its own risk, enabling it to provide indicative approvals on the same day to advance loans anywhere from $5m to $60m.

“We’ve got the experience as well as the capital and scale to support the region’s largest transactions. A big part of our plan also consists of hopefully helping the Government deliver much needed affordable housing via KiwiBuild.

He says despite some commentary, the biggest challenge for the Government now is not building the houses but getting the right incentives in place to enable the private sector to get on with the job.

“There’s a lot anticipation in the marketplace, with the pressure now on the officials to get the right structure in place to give this flagship policy the best shot of being fully delivered,” says Mr Kellow.