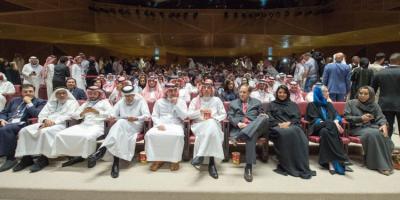 Saudi Arabia is in fact run by a coalition partnership, the House of Saud with the Wahhabi sect?

It is a coalition that is not unlike certain of the coalitions we see in the west. What is unusual about it is that these same western coalitions cannot bring themselves to acknowledge the one in Saudi Arabia.

How does it operate?

In much the same way as a western parliamentary coalition i.e. at a certain point the less visible component of the coalition will pull into order the more visible face of the coalition, if it sees the erring party straying too far from the original policy ground rules.

This has happened with Saudi Arabia?

We have seen the Wahhabi coalition component intervening in the matter of womens rights. Specifically with a woman's right to be an activist. It was the Wahhabi side which precipitated the stand-off with Canada that remains unresolved and is likely to stay that way for some time.

Only a short time before the House of Saud had launched an immense publicity campaign with women going to the cinema (pictured) , driving cars…………..

The Wahhabi sect side of the coalition decided that policy was getting away from it. The Wahhabis now pointedly demonstrated who held the ethics whip hand.

Was it an accidental confluence of events?

It was predictable by anyone who understands the history of the House of Saud and the Wahhabi sect which is a sub sect of the sunni side of the main muslim schism. The two sides, the House of Saud and the Wahhabis are inter-reliant, co-dependent. The one could not exist without the other. The Wahhabi side is the silent and unseen partner from the western point of view although its tentacles are evident internally in the form of the religious police, for example

Was the Wahhabi side of this partnership involved in the recent sequestration in the Riyadh hotel of members of the royal family and other magnates?

It suited both sides. The Wahhabi side had become dismayed by the worldliness of these characters while the royal ruler needed to do some bookkeeping. The pressure was applied to repatriate funds and also to curb royal family members' oil entitlements which divert revenue away from the main exchequer.

Yet western governments, notably those in the Commonwealth, are so anxious to demonstrate that the House of Saud rules alone, exclusively?

It is a convenient dissimulation and it takes many forms. Royal and official personages are always seen in their flowing robes and this underlines their Bedouin and thus Wahhabi origins. Ever since the 1970s oil shocks the Commonwealth especially has turned itself inside out seeking to placate the House of Saud which outside its own country is anxious to be viewed as governing alone, calling the shots. So oil importing nations are similarly anxious to be seen to be falling into line with this accepted myth, fable.

Womens rights has emerged as the overwhelming obstacle……..

If you go back to the television documentary Death of a Princess, this was in 1980, there was at this time a certain irritation when people tried to make a stand on it. Was all the fuss really necessary? There had been so recently before carless days, state television sent everyone to bed early to avoid using too much energy i.e oil. Whole economies were threatened. This gave the Saudi monarchy the impression that it could continue to bluff its way out of the by now increasingly publicised episodes in which harsh penalties are visited on women activists.

Is this ruling coalition out of touch?

Hardly. According to Arab News there are as many as 4000 Saudi Arabian students in just a small nation such as New Zealand at any given time.

What about the Wahhabi side of this coalition?

The moslem world recognises no difference between religion and state. The two are intermingled. One and the same thing. This is what distinguishes islam from other judaeo-christian religions. The Wahhabis are in touch insofar as they have seen what has happened when western judaeo-christian sects have sought to modify themselves in order to adjust to rapidly changing and accepted social behaviour. So if anything the Wahhabi sect has hardened its heart and the treatment of females, the issue of womens rights to be activists,, has become this flash point. We have this irreconcilable difference that we are living through now. That the male activists are harshly silenced and dealt with is one thing. Female activism and its consequences is another..

The western establishment is at pains to cultivate the image of the Wahhabi officials as being somewhere in the middle ages and irrelevant. In fact the sect is among the most recently inaugurated, and its very strength is derived from its ability to adjust to and exploit the realities of modern power. Yet because of the general ignorance about the true governance of Saudi Arabia, even in places of supposed western learning, there is spread the impression of these dotty clerics, when quite the opposite is true. They are bent on self-preservation and constantly hone an abundance of instruments at their disposal to ensure this.

We are going to see more of these monstrous public relations operations such as we have witnessed in the United States and Britain to push the concept of a monarchy striving to be contemporary by western standards.. The counterpoint to this will be the Wahhabi side of the coalition asserting its authority and doing so by repressing and doing so brutally on the substance of this same propaganda. Canada, at the expense of its arms industry has the economy-in-depth to withstand reprisals. This will not be the case with smaller western nations when voluntarily or involuntarily they find themselves making a similar intervention.

Still, and as noted, the Saudis are accomplished marketers, especially of myths.......

The royal panoply has been a triumph of public relations. It didn’t work in Iran or Egypt for example. But the Saudi monarchical version has taken spectacular hold of the occidental imagination, and especially so in the British Commonwealth. In Britain itself you have newspapers, television channels, and politicians who scorn their own royal family, the one in Buckingham Palace, at every opportunity. Yet who are so demonstrably awe-struck, star-struck by the Desert Kingdom’s. The same thing goes for the republican-minded members of this same Commonwealth whose parliamentarians become similarly wobbly-kneed around the Saud family dynasty.

This lavish, opulent, and in western eyes, theatrical regal display is in utter and intentional counterpoint to that of its power-sharing partner the Wahhabi sect.