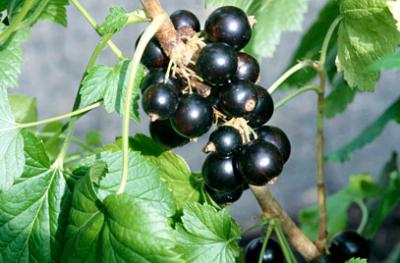 New research is adding to the knowledge that New Zealand blackcurrants are a ‘super fruit’ for those with an active lifestyle.

Scientists at Plant & Food Research (New Zealand), in collaboration with Northumbria University (UK), have shown that consumption of a juice made from New Zealand blackcurrants can produce a short-term effect on physiological processes which may be associated with a positive mood. A second study has further shown New Zealand blackcurrant juice consumption before exercise increased the desire to exercise for longer.

“As people live longer, foods and ingredients that will support a healthy lifestyle are becoming increasingly in demand,” says Dr Roger Hurst, Science Group Leader Food & Wellness at Plant & Food Research. “Our research over the last few years suggests that New Zealand blackcurrants can support multiple aspects of an active lifestyle – providing people with the right mind set and motivation to exercise as well as supporting the inherent health benefits of regular exercise.”

The first study, published in the journal Nutritional Neuroscience, showed a complete reduction in the activity of monoamine oxidase-B (MAO-B) – an enzyme that degrades the ‘happiness’ hormone dopamine – within 45 minutes of consumption of a New Zealand blackcurrant juice, before slowly returning to near baseline levels 24 hours later.

The second study, presented at the Innovations in Food Science and Human Nutrition conference, showed that while undertaking a gentle walking exercise (designed to not result in any exercise exertion) study participants who consumed New Zealand blackcurrant juice voluntarily exercised for longer and reported a more ‘positive’ mood during the exercise. The participants also had reduced levels of MAO-B.

More in this category: « Apple and stonefruit industry members successfully broker meeting aid reaccreditation process New Zealand's avocado industry is thinking big after a breakthrough in exports to China. »
back to top
Aug 16, 2018