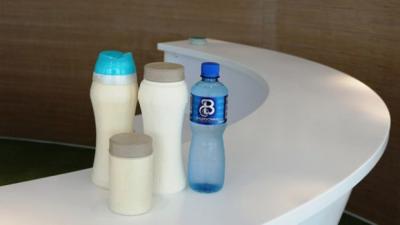 UK soft drinks firm Britvic has said it has reached a major milestone in efforts to develop a wood fibre bottle.

The firm revealed the advance in its 2016 sustainability report and said it could revolutionise packaging across multiple sectors.

Britvic has been working on the packaging over the last three years in partnership with Innovate UK and UK-based SME Natural Resources (2000).

It said that this year it had managed to produce bottles on a prototype manufacturing line using the technology and had also begun to develop a bottle closure system using similar wood fibre-based material.

“This new technology has the potential to significantly reduce the environmental impact of packaging as the materials are sustainably sourced, renewable and fully recyclable,” said Britvic.

It added that the new process requires less energy to produce a bottle than its contemporary equivalents.

In the report CEO Simon Litherland said the company had made significant investment in manufacturing sites to improve productivity and resource efficiency.

Investments made in the firm’s Leeds plant last year have led to water and energy consumption falling by 22% and 45% respectively, relative to production.

“These upgrades have also allowed us to access the latest in packaging technology, resulting in lighter bottles and less packaging materials being used,” he added.

The company reported 84% of its manufacturing waste was recycled in 2016.

Some 90% of direct suppliers are linked on the company’s responsible sourcing platform, Sedex.

And while the company’s road mileage has increased this year, resulting in a 5% increase in emissions to 25,177 tonnes of CO2, part of the reason for this increase was temporary changes to production locations.

The company said it had optimised pallet movements to maximise efficiency, which had helped to save the equivalent of 265 tonnes of CO2.

And during 2016 the company identified which of its sourcing regions are at risk from water scarcity and discussed with suppliers how they were managing these threats.

“Next year will see us continue our engagement activity, aiming to educate our suppliers on responsible water practices,” said Britvic.

Manufacturing in NZ - what does the future hold?