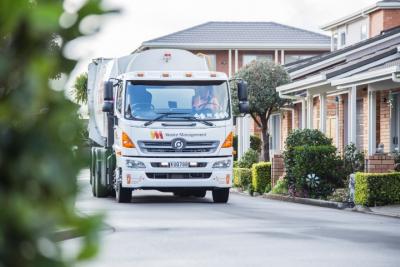 Christchurch will be the first city in the Southern Hemisphere to put a 100% electric residential waste collection truck into service.

More electric trucks will arrive into Waste Management’s fleet in other cities around New Zealand towards the end of 2017.

Waste Management announced its move towards a fleet of electric vehicles in September last year as part of its Sustainability Commitment.

The company has introduced more than 20 electric cars within its light fleet. It also launched an electric box body truck, which collects food waste from Countdown supermarkets across Auckland, earlier this year. This new truck will be the first electric truck which is designed and dedicated to collecting residential wheelie bins from the kerbside.

“With a large fleet of trucks and cars on the road we believe we can help safeguard our environment for future generations through the adoption of electric vehicle technology. I am delighted we’re bringing this strategy to life by rolling out electric trucks across New Zealand.”

Other logistics operators, such as Infratil NZ, have been trialling electric vehicle technologies. Their business NZ bus is testing the Chinese made BYD fully electric vehicle, in a bid to accelerate the transition to electric-powered public transport in New Zealand.