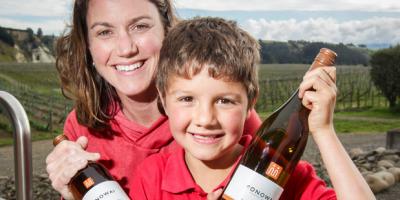 Crownthorpe winery Monowai Estate has won three gold medals and been named Hawke's Bay Winery of the Year for the second time at the New York International Wine Competition.

After picking up one gold medal and two bronzes at last year's competition, Monowai Estate owner and winemaker Emma Lowe said this year's results reflected a change in attitudes towards New Zealand wines in America.

"I've just been over there and that's certainly a trend that's taken off over there so where New Zealand wines appear to be more and more popular."

Monowai Estate were awarded gold medals for their 2015 Sauvignon Blanc, 2015 Pinot Gris and 2013 Pinot Noir at the awards, which were held in the heart of New York City.

The competition is marketed as the only trade awards with a blind judging panel and this year showcased 1300 wine submissions from over 23 countries.