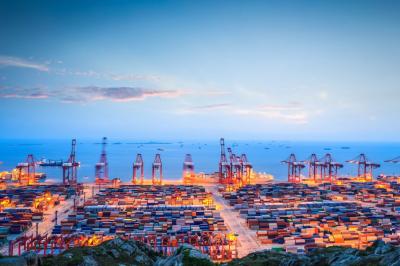 After many years working on the development of applications for large corporations, universities and government agencies, software engineer Smith became increasingly interested in Bitcoin technology, an interest that eventually led him to the logistics space.

“Bitcoin is a way to digitally track and transfer virtual assets, but a similar type of technology can be used to track and transfer physical assets,” Smith said. “This method has great potential in the logistics space, reducing fraud and increasing efficiency and consistency – effectively leading to a more effective movement of goods between parties on a global framework.”

At the beginning of 2017, Smith founded Blockfreight in San Francisco to commercialise and build a reference implementation for enterprise, designed to act as a blockchain partner to the container logistics industry. He now spends his time between New Zealand, Australia and Blockfreight’s US offices.

To date, Blockfreight has completed a research period and is entering beta trials of its Blockchain technology on global freight, findings and case studies of which Smith will share at the upcoming Supply Chain Management Australia 2017 event, to be held in Sydney in November.

As a firm dealing with a developing technology, Blockfreight is delighted to be investing in Australia, with a three-year commitment to a Melbourne research and development lab, Smith noted.

“I believe Australia is a leading adopter of technology in the Asia-Pacific region and globally,” he said. “This is evidenced by the spectacular growth of vendors such as WiseTech Global, and is also the product of a relatively low population and its distance from major markets.”

“We put a particular emphasis and focus on opportunities for technology-led cost and process efficiencies.”

More in this category: « CMA CGM has reached an agreement to acquire South Pacific container line Sofrana Unilines. New Logwin stakeholding in New Zealand »
back to top
May 25, 2018

Ministry of Awesome and Ara to create awesome new hub