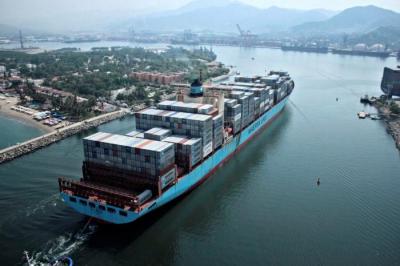 Following others in the financial services industry, Mastercard unveiled its own blockchain distributed ledger for cross-border payments.

Mastercard is launching its own blockchain network to enable partner banks and merchants to make cross-border payments faster and more securely.

"By combining Mastercard blockchain technology with our settlement network and associated network rules, we have created a solution that is safe, secure, auditable and easy to scale," Ken Moore, executive vice president for Mastercard Labs said in a statement.

On Saturday, Mastercard will also sponsor the Money20/20 Hackathon, where the company will make the Mastercard Blockchain API available for participating developers.

Blockchain is a public electronic ledger – similar to a relational database – that can be openly shared among disparate users and that creates an unchangeable record of their transactions, each one time-stamped and linked to the previous one.

Mastercard's blockchain is a private, permissions-based network, meaning only those authorized to participate in transactions can see them.

The credit card giant is another among several financial services organizations that have deployed blockchain-based cross-border payment networks.

Earlier this week, IBM announced it had partnered with a Polynesian payments system provider and an open-source FinTech payment network to implement a new international exchange based on a blockchain electronic ledger.

That partnership is likely to be a "watermark event in the growth of blockchain and digital currencies," Neuburger said.

"A lot is riding on the success or failure if this. Particularly interesting because the participants created their own digital currency for this implementation, and it will be interesting to see how regulators, among others, will receive this," Neuberger said.

Mastercard's blockchain is integrated into the company's payment network that includes 22,000 financial institutions to move funds that have been committed on the blockchain.

Mastercard's financial services and merchant customers will be able to connect into its blockchain network using an API, alleviating them from having to build out their own distributed ledger server nodes. Once a part of the blockchain network, banks and retailers can add their own internal nodes to scale capacity, Mastercard said.

"When it comes to payments, we want to provide choice and flexibility to our partners where they are able to seamlessly use both our existing and new payment rails based on the needs and requirements of their customers," Moore said.