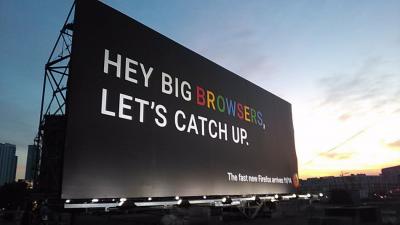 16 Nov 2017  -  Mozilla's latest browser — Firefox Quantum — is lightning fast, sleek, and ready to handle all six zillion of your tabs after almost two months in beta.  Nick Nguyen, Firefox's vice president of product, told Mashable his biggest fear: Will the Internet full of Google Chrome-enthusiasts give it a chance?

"My biggest fear is that people won't try it," he said. "It's like any release — you do this to make people's lives better. If people aren't using your product, you don't have an opportunity to do that."

And the folks at Firefox have big plans. Nguyen won't rest until Quantum overtakes Google Chrome to become the average internet user's primary browser. "Today, people use Firefox as their secondary browser," he told Mashable. "We think it's good enough to be your first browser."

There's only one way to find out. So come on, close Chrome for two seconds and give it a try.

Published in SOFTWARE
Tagged under

More in this category: « Kiwi software helps NZTA manage Pūhoi to Warkworth project Over $1.9 million in loss reported to CERT NZ since launching in April »
back to top
Jul 03, 2018

Telco’s globally are preparing for the growth of mobile gaming