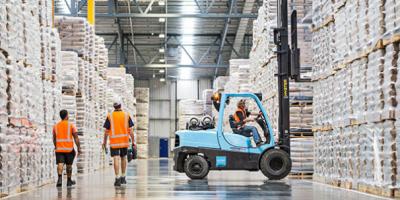 Nov 21 2017  -  Synlait Milk (NZX: SML; ASX: SM1) has opened its new Auckland site, which is home to its second state -of-the-art blending and consumer packaging facility.  Located in Mangere, the site was officially opened today by Auckland Mayor Phil Goff at a ceremony alongside all staff. “We’re expecting customer demand for consumer packaged products to increase significantly in the near term,” said John Penno, Synlait’s Managing Director and CEO.

“We’ve invested $55 million into our Auckland site to meet this demand and expect commercial production to start here in the coming week.” With an annual packaging capacity of 32,000 metric tonnes (MT), the new site doubles Synlait’s overall canning capacity to 64,000 MT.  “A tremendous amount of work has gone into this milestone. We acquired this partially-completed facility in May and have executed a significant programme of work to commission it in just over six months,” said Mr Penno.

“We have employed a great team of 30 people to operate this facility and we expect that number to increase to 100 in the coming year as we add additional shifts ,” adds Mr Penno. Mayor Goff said, “It’s a pleasure welcoming innovative, high value businesses such as Synlait to Auckland. The new site in the high growth commercial district around our airport will create 100 jobs in our city and increase the amount of safe, premium dairy products, for which New Zealand is well known, heading to major markets around the world.” The strategic decision to invest in Auckland has helped to mitigate some of the single site risk faced by Synlait with their original Dunsandel site in Canterbury, as well as increasing future growth in business with infant formula customers. “Under the Chinese Food and Drug Administration (CFDA) infant formula rules coming into effect on 1 January 2018, this second site gives us the opportunity to increase the potential number of our customer brands we can export to China,” said Mr Penno. Acquiring the partially-completed site has also allowed additional consumer packaging capacity to become available much earlier to Synlait than a new development would have.

“We are currently operating at capacity in our canning facility at Dunsandel. Having Auckland in place means we can meet our customers’ needs and continue to grow with them ,” said Mr Penno.

Registration of the new facility with both MPI (Ministry for Primary Industries) and CNCA (Certification and Accreditation Administration of the People's Republic of China) is progressing well. “We have conditional approval from MPI and we expect to finalise this, along with other registration requirements, very soon . We expect to commence commercial production this week, ” said Mr Penno.

More in this category: « Deer velvet joint venture aims for a “world-first” Coconut growers in the South Pacific get a fair go »
back to top
Apr 14, 2018