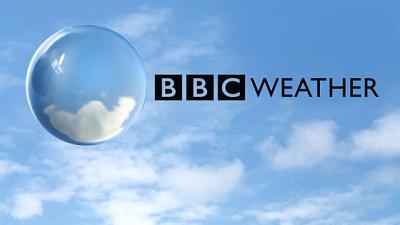 BBC World News presenters referring to the blizzard that alternately blasts and then freezes Britain and much of Europe insist on describing the storm as a “weather event.”

This innocuous term itself described the problem that the BBC has in recognising or even describing an “event” that runs counter to its embedded doctrine of global warming.

The insistence that the globe is relentlessly heating up and doing so through human interventions is one of the articles of BBC faith that characterise so much of its reporting.

The BBC’s tendentious reporting on this and a number of similar issues has increased in the years since it ceased to be freely available in Australia and New Zealand.

It is available in New Zealand via a subscription to the privately-held Sky network.

The BBC is funded via a licence fee that costs citizens in the United Kingdom rather more than it costs New Zealanders for their annual car registration fee to the government.

The technique employed to extract this annual licence fee is the assumption that every household has at the very least one colour television set.

Enforcement of this is rigorously outsourced with the result that television licence fee prosecutions make up one in 10 criminal cases in England and Wales.

This has had the effect of clogging the courts with cases that the authorities prosecute doggedly and relentlessly.

Scotland with an historically wider interpretation of the law has eschewed putting its citizens behind bars for this same offence.

Scottish procurators know that television licence payment refusals tend to be both complex and unpopular.

Unpopular because those who refuse to pay them are often those who cannot because they do not have the disposable income.

Complex because the non-payers often do so on a point of principle which is centred on why the government via its agency the BBC levies such a large registration fee when the private sector continues to signal its readiness to do the same thing for free.

Another element that intrudes in independence-prone Scotland is why its citizens should contribute to a BBC workforce known to enjoy for no great risk or exertion star-studded salaries on both sides of the camera.

They know also that so many of these silky characters, even with their abraded tones, are by birth part of England’s structural elite.

In England and Wales meanwhile solo householders who are totally blind are threatened with prosecution on the basis of the set per household formula.

In the era in which New Zealand especially relied on the BBC World Service for its international context a reason given for the UK licence fee and its heavy handed enforcement was that it assisted in enlightening the world, and especially the Commonwealth.

But the era of Alistair Cooke’s Letter from America and the explanatory broadcasts from the likes of Michael Lake are now long gone.

The BBC nowadays exists to exist, and its powerful lobby that ensures approved ratios in things like accents has been spectacularly successful in ensuring that it does.

Its success is demonstrable in that expatriates regard it fondly even though they have to pay a Sky subscription to access its news.

Expatriates especially talk of its value in producing drama series of lasting value.

In fact both these were produced under the sponsorship of Independent Television, ITV.

BBC offerings in this drama category tend to be of the Peaky Blinders or Prime Suspect category.

If cornered the BBC will fall back on its value as the conduit through which the nation’s leadership can broadcast to the people in national emergencies.

In the event the nation’s leadership via the government allocates and controls the airwaves anyway, private and public, and can therefore requisition broadcast time as and when required.

The BBC sails tranquilly through weather “events” of the scale that have scuppered so many other institutions, or rendered them objects of scorn instead of veneration– the Church of England comes to mind. The Monarchy, under BBC-inspired hysteria, for a while in the late 90s looked like being another. The House of Lords teeters on the verge of ridicule.…..

The BBC's contrived and long life span inside the Establishment is achieved by an insect-like process of barely visible yet rapid adaptation.

This is accomplished by shedding one skin and quickly replacing it with another survival camouflage skin depending on the severity and the type of the external “event” threatening it.