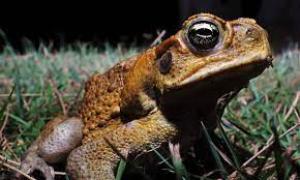 Cultural truths from USA via UK all enforced Down Under

No question quite so absorbs conservative and establishment category gatherings in places such as Sydney, Adelaide, Auckland, and Wellington as this one. Why do the newspapers and broadcasting channels all share identical points of view?

The reason for this singularity of community of interest is usually attributed to the self-selection of the people involved in putting out newspapers and broadcasts.

This blends with a corresponding uniformity of background. The provenance of these individuals tends to be the same. They are all from urban and privileged backgrounds.

Another factor underpinning this choral approach to current affairs is that the songs being so ardently sung all originate overseas and also from easily mapped and pinpointed geographical areas.

In Australasia this is hard to swallow because of the pioneering era long cherished conviction that these countries are ruggedly independent when it comes to thought and belief. Indeed that their fresh no nonsense unvarnished individualism is a world removed from the cosseted and elitist salons of places such as London, New York, and Los Angeles.

In common with most myths in these southerly latitudes the truth can be discovered simply by an evaluation of the direct opposite of the contemporary mythology.

Newspaper and broadcast opinions in Australasia actually originate in the West Coast of the United States, are refined in the East Coast and arrive in London. Then after some additional tailoring in the London BBC clearing house these viewpoints are transmitted for rediffusion in Australasia.

Upon arrival none of these moulded beliefs are open for debate. The extended transmission pipeline has hardened them along the way to the point at which they have materialised as no-go zones that are required to be accepted as articles of faith.

The most obvious of these transmitted collective industry stereotypes was and is of course the belief that Donald Trump is the original bad hombre and that anything he caused or causes to happen radiates evil.

In contrast anything emanating from New York’s globalist organisations becomes as treasured as Motherhood was until a few years ago. These include all declarations on climate warming.

Forbidden is any expressed scepticism on the reality of the climate “crisis” and its consecrated rating as an imminent “catastrophe” and its unimpeachable ascendancy over any other crisis and especially the current and actual virus one that these same globalist institutions failed in their duty to protect the world from.

In earlier stages this took the form of political correctness a process in which minority classifications began to assume majority influence requiring in coverage exquisitely exaggerated politesse. In Australasia all this is now grouped under the cultural safety banner.

Ideological costume changes amid the media mean that its taboos are crystallised collectively and so become institutionalised very quickly.

China oddly enough in the context of the last two years is one such beneficiary of this institutionalised group-think. There remains for example little enthusiasm in anyone covering any correlation between the severity of virus outbreaks in Melbourne and Milan and the presence of these mercantile centres as their countries’ hubs of China’s Belt & Road Initiative common market scheme.

Then there is the uniformity in the fervency of the take up now of an issue that pre-dated political correctness. Unmentioned in any coverage of Australasian defence via the ANZAC or Five Eyes pact category is the immovable don’t mention of New Zealand’s utter ban on anything nuclear.

The sanctity of this as an engrained cult taboo and one which might just interfere with the successful conduct of any mutual defence arrangements is always sidestepped in a collective media illusion as was let us say the vulnerability of the Maginot Line before World War 2.

The mainstream wraps around itself increasing layers of moral fervour. Much of the interlarded sackcloth and ashes enclosed in this is about a pioneering past now labelled under the shared guilt transfer as a “colonial” past.

In Australasia some believe that this eagerly expressed state of wretchedness and shame is a substitute for the melting away of organised religion, especially that of Roman Catholicism which once held such sway among media types.

Another theory draws on the cane toad (pictured), the rabbit, prickly pear and gorse bush and other introduced species that proliferated in their new antipodean environment.

This viewpoint contends that the West Coast of the United States cultural imperative to dominate any collectively-rated moral high ground, and above all, to be seen to be doing so, found a new and virgin habitat in the South Seas.

We can conclude therefore that the symmetry in this community of interest is organic and exotic. In its long journey from the West Coast of the USA through the globalist filters of New York and then via Commonwealth public broadcasting relay boosters this pasteurised coverage took firm root.

It has exploded like a giant orchid in a region in which there are no natural predators that might put forward any dissenting point of view to the trans-Atlantic gospel. 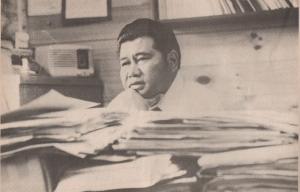 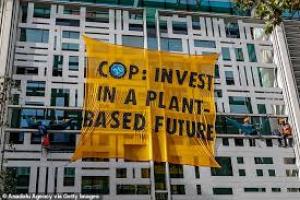