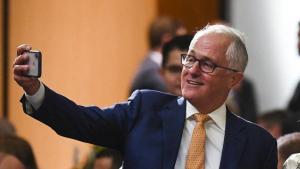 The Turnbull Test is designed to show the degree to which a political party leader has their heart in their own party. Or in the other side’s. It is named after Australian Liberal Party leader and federal prime minister Malcolm Turnbull.

He consistently demonstrated that far from being a conservative his leanings were anything but conservative and that in fact that his heart was very much with the Opposition in the form of the Australian Labour Party and the Green Party.

Mr Turnbull’s inability to disguise his preference for leftist causes notably republicanism and climatism continues to haunt the Liberals.

National Press Club NZ president Peter Isaac now analyses the New Zealand party leaders against the Turnbull Test and does so as the New Zealanders tool up for their imminent general election. Do they really believe in their own party? Really?

Let’s look at them:-

- Jacinda Ardern Labour Leader and Prime Minister. Turnbull Test score: 100 percent. Her obvious delight in identitarian politics and the whole United Nations line singles her out as a true socialist looking for underdogs with which to empathise. Her motto is “Be Kind,” and she means it.

Judith Collins Leader of the Opposition and the National Party: 100 percent. She is the governess of Parliament, impatient with mawkish sentimentality, and demonstrably stern with those she views as indulging in it.

- Winston Peters Leader of the New Zealand First Party and deputy Prime Minister: 60 percent. Once a stalwart of the National party he broke away to form his own party. He is at heart what is known in the United States as a Prairie Populist. He is non doctrinal and will dip into other party’s policies as he did with his off-peak travel and discount Gold Card scheme for pensioners.

- James Shaw co- Leader of the Green Party: 65 percent. His buttoned down look continues to betray the corporate financial figure he once was. This in a coalition party whose members often give the aspect of having strolled out of a rock concert. The Green Party heavying of the rest of the Labour-led coalition cabinet in diverting money to a no-no private school, even a Green one, indicates a doctrinal fissure.

- David Seymour Leader of the ACT Party: 110 percent. The leader of this one-seat Parliamentary Party is in a de-facto voting arrangement with National. Mr Seymour has come into prominence through his right-to-die legislation which is subject to an integrated referendum at the general election. Mr Seymour’s upper lip curls in contempt at the mere contemplation of the United Nations omnibus agenda which plays such a large part in the ruling Labour-led coalition doxology.

The Turnbull Test reveals that for the most part the New Zealand political leaders sidestep the perils of the syndrome in which leaders find their sympathies lying in fact with their opponents instead of with their own parties.

Even so, and with the New Zealand leadership emerging convincingly from the Turnbull Test, we find a selection of intriguing ironies and contradictions, some of them centred on the Labour Party’s imperative to inhabit the moral high ground.

Bizarrely New Zealand’s heart-string pulling Labour Party must suppress the ardours of its most activist devotees who are prone in their zeal to tossing their second vote, the party one, to the Greens.

Neither does Labour want to have to forge together another coalition with the Greens, dedicated as the Greens are to the aspirations of an elite constituency that is light years removed politically from Labour’s own face-value worker base.

Jacinda Ardern’s Labour Party must somehow deter the Labour Party’s ultra activist devotees from tossing this second vote, their ideological vote, once described as the conscience vote, to the Green Party.

This second vote is a huge bloc and includes for example those involved in education at any level and a large slice of professionals including quasi professions such as the media.

This elites vote as it is often described is earmarked for the Greens in the justified belief that the Greens will enforce a hard left agenda while Labour of necessity must implement bread and butter policies if only to keep the economy going in order to keep Labour in power.

Skilfully, the Greens use their influence with the mainstream media to take both sides of their load-bearing climate policy plank. Thus, if there are floods it is due to “carbon” as they describe carbon dioxide. If there is a drought, then it too is due to “carbon.”

The New Zealand proportional representation system is based on the German one. There are two votes. One for a candidate. One for a Party.

Our test indicates the absence in New Zealand party politics of a Malcolm Turnbull whose stewardship of the Australian Liberal i.e. conservative party was conducted while in his breast beat the progressivist heart of a university social sciences undergraduate. 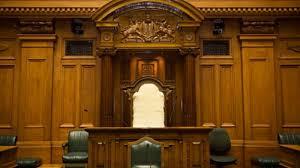 A review of bullying and harassment within Parliament instigated by the Speakers Office which is responsible for who are entitled to work in Parliament and for what they do there has involved this same office in obloquy and sensationalism.

The release of the report was accompanied by dire portents from the Speakers Office conjuring up images of at least one rapist stalking Parliament’s carpeted corridors and this sinister figure accompanied by a cohort of like-minded individuals in the sex pest category.

In the event once the hue and cry settled down this somewhat spooky scenario devolved onto three incidents involving the same people and which had been subjected to historical procedural investigations.

Even so, in the accompanying atmosphere one Parliamentary staffer, male, was “stood down” under the cloud of the word rapist.

Another unexpected blow-back was the public accusation by a former department head, female, that they had been on the receiving end of foul language from the instigator of this same review.

The office of the Speaker is supposed to be the tranquil and unquestioned hub of the opposing forces of parliamentary democracy.

Another role, unspoken, is that this same office detects trouble and nips it in the bud before it sees the light of day.

In this instance the opposite happened.

This same office instigated an official review into a topic known to be of such volatility that whatever the result it was bound to detonate in the public domain.

A generation ago New Zealand began emerging from its cult of exaggerated masculinity.

Pubs and clubs until very recently were gender segregated and few saw anything unusual in this.

Change, held back, now surged into an opposing extreme in which male characteristics instead of being viewed as admirable became viewed as toxic.

The intellectual class, political class, supposed to act as a pathfinder in this kind of sea-change instead seized upon it to trumpet its own value and did so by exaggerating this shift and in doing so further distorted it.

The churches similarly arbiters, if not shepherds, in this kind of sudden societal shift stood aside.

Both protestant and catholic churches in New Zealand traditionally enjoyed rather more influence than in other British outposts just because of the nation’s remoteness.

They now failed to put a brake on the mounting panic just because the churches themselves no longer had any moral suasion.

The need for Parliament to seek out any dirty laundry and then wash it in public emphasises the extent to which these new and untrammelled forces trigger this kind of high profile self-abasement, aka transparency.

There is another explanation, a rather more worldly one.

The German version, the one imposed on New Zealand, was designed to ensure enough opposing forces to eliminate one single outcome---the emergence of a dictator, a tyrant.

There remains therefore the unasked question, the taboo question.

It is centred on which of the opposing forces in New Zealand’s coalition government insisted on an inquiry which beyond its purgative value could only have been a public embarrassment lowering still further in the public esteem Parliament, and specifically the office of the Speaker

28 Nov:  1321  |  If the Tax Working Group recommends an inheritance tax in all-but-name, the Government should declare it dead-on-arrival, says the New Zealand Taxpayers’ Union in response to comments made by Sir Michael Cullen in Wellington today.

24 Oct: 0823  |New Zealand and Japan are working together to transition away from a reliance on fossil fuels with the signing of a Memorandum of Cooperation on hydrogen, says Energy and Resources Minister Megan Woods.

Green Party calls for oil drilling loophole to be closed

The Green Party will propose an amendment to the Crown Minerals Act Amendment Bill to close a current loophole that allows for oil and gas companies to extend their permits for offshore drilling.

The Green Party welcome the introduction of the Crown Minerals Amendment Bill, which will legislate to officially stop new offshore oil and gas exploration permits.

The Green Party have welcomed the Government’s decision to increase the refugee quota to 1500 annually, meaning more families, women and children fleeing war and persecution will have a safe place to call home.

The New Zealand Initiative has released a report slamming the Government's spending as inefficient and wasteful, but there’s more to the numbers than meets the eye, Thomas Coughlan reports for Newsroom..

Green Party calls for a Rental Warrant of Fitness to make sure all homes are warm, dry, and healthy to live in

Green Party co-leader Marama Davidson is calling for a comprehensive Rental Warrant of Fitness (WOF) scheme to ensure that everyone in New Zealand lives in a warm, dry, healthy home.

“I am proud to say that this Government is now taking major steps to ensure that people who live in rented accommodation are guaranteed the right to a warm and healthy home, submissions are now open on the Healthy Homes Guarantee which will see a major lift in the legal standards for housing.“Unfortunately, at the moment, the enforcement of housing standards to protect our older citizens as well as our younger ones is just not fit for purpose. Tenants currently have to take their landlord all the way to the Tenancy Tribunal to make sure the laws are abided by. That’s a pretty high barrier to enforcing laws designed to make sure people aren’t living in homes that make them sick, that can cause very serious respiratory disease.“A Warrant of Fitness for rented homes would ensure that New Zealanders living in those homes have confidence that the house is dry, warm and healthy to live in, no matter what. And that if a home cannot pass the standard it cannot be rented out. We have a warrant of fitness for cars, we need them for homes.“A Rental WOF would be a regular check on rented homes by independent approved inspectors to make sure they meet the healthy home regulations for warmth, dryness and ventilation so our tamariki, our old people, and all our citizens living in rented accommodation don’t get sick.

“This would mean all of us would live in a warm, dry, healthy home - that’s why it’s crucial we have a comprehensive Rental Warrant of Fitness scheme to uphold the Government’s Healthy Homes Guarantee”.