Local Government Commission Instead Should be encouraging Collaboration

Dec 7, 2017  -  The Lions service organisation called on management consultant Derek Williams, a specialist in mergers, to become a platform participant in its community forum programme designed to achieve a wider understanding among voters of the pending referendum on the amalgamation of local bodies in the Wairarapa. 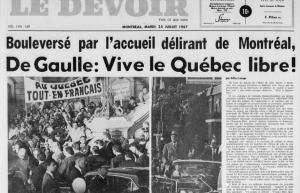 Canada’s determination to protect its French-speaking dairy industry is emerging as the reason for its last minute defection from the Trans Pacific Partnership trade treaty.  The cause of this pre-signing ceremony pull-out is increasingly being seen as the other North American defector.

This is Canada’s NAFTA partner the United States which is determined to push a new-technology milk derivative across the border into Canada. 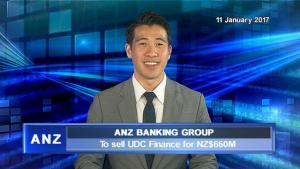 Dec 1, 2017  - The failure of the ANZ to consummate its sale of UDC Finance to China’s HNA Group is further evidence to the effect that it is one thing to sell an asset into this region. It is another thing to actually get paid for it.  There are now strong indications that the UDC sale is now back at the point of its departure, the signing ceremony.

Re-entry to Doomed Mine overwhelmed by politics

Nov 24, 2017  -  The politicisation of the reopening of the Pike River Coal Mine, which materialised as the dominant moral cause of the recent New Zealand general election continues in spite of the understanding that the mine is more dangerous now than it was when 29 miners were killed there in rapid-sequence explosions in 2010. 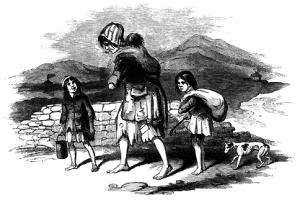 Nov 23, 2017  -  New Zealand commentators remain confused by the terms neo-liberalism and neo-conservatism which they often confuse in relation to free trade and customs unions such as the Trans Pacific scheme.

It was the conservatives, in this case the New Zealand National Government, which pushed for the original TPP scheme. 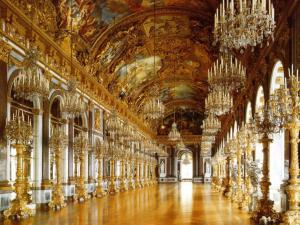 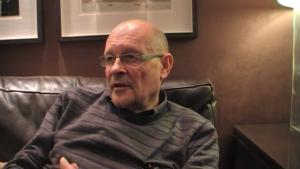 20 Nov 2017 | MSCNewsWire | Truth never changes and neither does effective benefit selling. Only the techniques of transferring this information from the seller to the buyer change.

Drayton Bird (pictured) regarded as the Westminster sphere’s greatest and most seasoned expert on direct selling is to tour New Zealand with this message.

17 Nov 2017  - Canada’s indifference to a new Pacific rim customs union scheme can be ascribed in part to more tempting opportunities in the Middle East such as the possibility of the Toronto Stock Exchange becoming the keystone secondary exchange for the flotation of Aramco.  The Toronto exchange is viewed as being the halfway house between the London Stock Exchange and the New York exchange. 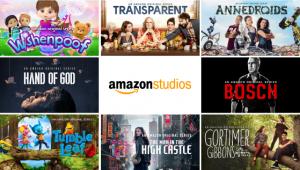 Amazon’s acquisition of the television rights of the Tolkien fantasies promises to wash up profitably on New Zealand’s shores.

The objective is to create another television hit to rival Game of Thrones.

Amazon Studios in cooperation with the Tolkien Estate trustees has involved New Line Cinema, a division of Warner Bros. Entertainment, which was involved in Sir Peter Jackson’s Tolkien series.

Having acquired the rights, Amazon is under no pressure to start production. So there is no indication yet the degree to which, if at all, Sir Peter’s various special effects enterprises in the Wellington suburb of Miramar will be involved in the Amazon re-pressing of the Tolkien saga.

The Murdoch family controlled publisher Harper Collins is involved with the deal indicating that there will be massive publishing collateral to the television deal.

This will be reinforced in the legacy media because Amazon also controls the point of view newspaper the Washington Post.

Not entirely good news for the Miramar artisan fantasy factories is the strong indication that Amazon intends making the new Tolkien television series at its own studios.

The extent to which consortium member New Line will go into bat for subcontracting at Miramar may be influenced by issues that arose subsequent to their film version of LOTR.

Whatever the fine print the big benefit for New Zealand will be in the value to the Pacific nation of the refresh button being pushed on the LOTR syndrome.

This includes the intricate tourist destination map built around the original wide screen series, and the reflective value on the nation’s national carrier Air New Zealand which in terms of livery has quite literally draped itself in LOTR symbolism.

The Amazon deal has come as a surprise to LOTR fans, and indeed to many of those inside the industry itself who had assumed that television rights were wrapped up in the original New Zealand production.

|  This email address is being protected from spambots. You need JavaScript enabled to view it.  ||  Thursday 16 November 2017  ||| 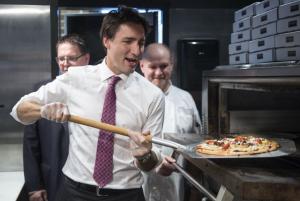 Most of the office holders in New Zealand’s ruling Labour Party, including trade minister David Parker, had actively campaigned against it when it was the pet project of the former National government.

Deputy prime minister Winston Peters whose New Zealand First Party is the minority coalition member had consistently let it be known that he favoured instead a restoration of the UK-led preference era.

Canada’s withdrawal from the original TPP allows the New Zealand Labour-led coalition government to have the best of all worlds.

New Zealand has long been engaged in what amounts to free trade negotiations with Canada on carefully selected sectors in aerospace and marine advanced technology.

The collapse of the TPP means that New Zealand now can sidestep the ill-will stemming from even the merest hint of suspicion that its milk exporters might be treading on the gumbooted feet of Canada’s Quebecois dairy industry which is more protected than the crown jewels.

Canada was never keen on the TPP and from the outset saw it as a defensive move to preserve cohesion with the Washington Concensus, the string of post World War 2 alliances centred on the United States.

When President Trump ordered the United States out of the TPP, Canada’s enthusiasm for the scheme began to evaporate even more rapidly.

Premier Justin Trudeau did not become the international poster-boy for presidents and prime ministers everywhere without understanding that the most effective way of avoiding a disagreement is simply to absent yourself from the forum at which the disagreement will occur.

His slick piece of gamesmanship sidestepped the unwanted TPP participation confrontation and allowed the assembled the time they needed to digest the fact that there would be no Canada and thus no TPP.

To drive home the blunt message from this display of legerdemain he then caused his trade minister to drive home the message via a tweat stating that “despite reports, there is no agreement in principle on TPP.”

The result swiftly followed with the slimmed down, sans United States, and now Canada, version of the TPP being re-named the Comprehensive and Progressive Agreement.

In the event, New Zealand premier Jacinda Ardern gave the appearance of anticipating all this when she emphasised from the rostrum at the conference the importance to it of climatic cooperation.

Miss Ardern thus also appears to have foreseen the future of this freshly hatched Progressive association which will be as a forum and meeting point on exactly such ethical moral issues as the climate one.

If Miss Ardern felt any relief at the outcome of the gathering, then she skilfully hid it.

The protest outside the original Auckland TPP signing ceremony stage-managed by the previous National government was an ugly affair.

Most of the participating protestors if in fact they were voters were face-value Labour voters.

The abandonment of the original TPP, the one that was the subject of the preliminary Auckland ceremony, means that Miss Ardern now sidesteps exactly the type of internal doctrinal party schism that in the past has proved so damaging to the Labour Party.

In the meantime New Zealand can enjoy its favourable trade balance with Canada and keep sending out the beef and the wine and receiving in return electronics, machinery, and of course the pork.