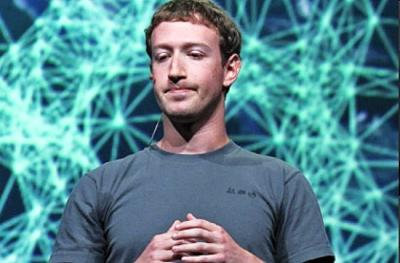 Jan 11, 2018  -  Founder and CEO Mark Zuckerberg remains a popular figure on the social media platform. He posts regularly about a variety of activities, including his work with the philanthropic Chan-Zuckerberg Initiative and his ongoing work on the Facebook platform. A recent post drew unusual levels of attention, though, and it has to do with the company's potential involvement in the hottest trend: cryptocurrencies.

Zuckerberg previously explained via a Facebook post that he aims to learn something new each year, and a post for the new year explained that his challenge for 2018 would focus on exploring how technology can "give people the power," according to Futurism. (See also: Zuckerberg Studying Cryptocurrency to 'Fix' Facebook.) Some are interpreting his post as a suggestion that Facebook may add a cryptocurrency service.

"One of the most interesting questions in technology right now is about centralization vs. decentralization," he wrote. "A lot of us got into technology because we believe it can be a decentralizing force that puts more power in people's hands."

Zuckerberg explained his view that the potential for technology to help empower individuals has been subverted by a number of big tech companies as well as governments.

He explained that the use of technology as a monitoring system is contrary to this empowering process. One way to continue the push toward decentralization, though, is cryptocurrency and blockchain technology.

"I'm interested to go deeper and study the positive and negative aspects of these technologies, and how best to use them in our services," Zuckerberg explained, according to Futurism.

Companies of all kinds have added digital currency components (See also: Kodak to Launch Cryptocurrency: Stock Soars on ICO News.) A cryptocurrency linked with a social media platform as powerful and widespread as Facebook would have enormous potential.

Yonatan Ben Shimon, the CEO and founder of cryptocurrency/social activity company Matchpool, indicated that this plan has potential. "In order to do it right, they [Facebook] have to be with a partner from the crypto space that understands how to build it in a decentralized way," Shimon said.

If Facebook did enter the cryptocurrency space, it could be a major force in the widespread mass adoption of the industry around the world. Given that Facebook has roughly 2 billion active monthly users, the reach of a Facebook digital currency would be game-changing.

Investing in cryptocurrencies and other Initial Coin Offerings ("ICOs") is highly risky and speculative, and this article is not a recommendation by Investopedia or the writer to invest in cryptocurrencies or other ICOs. Since each individual's situation is unique, a qualified professional should always be consulted before making any financial decisions. Investopedia makes no representations or warranties as to the accuracy or timeliness of the information contained herein. As of the date this article was written, the author owns bitcoin. It is unclear whether he owns other bitcoin forks.