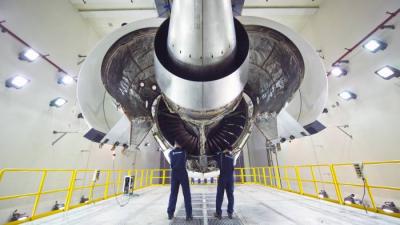 Rolls-Royce has tripled the capacity available to fix problems with the Trent 1000 engine that powers Boeing’s 787 Dreamliner, in a sign of the intense pressure the aero-engine maker is under from customers angered by disruption to flight operations.

The UK aero-engine company will seek on Wednesday to head off a backlash from increasingly frustrated airlines by setting out the measures it is taking to address the problems with the Trent 1000.

The most urgent issue is to complete initial checks required by aviation safety authorities of all the engines potentially affected by problems with the intermediate-pressure compressor blades, which are deteriorating more rapidly than expected. These checks have to be completed by June 9.

These problems are in addition to similar issues with turbine blades elsewhere in the engines. Rolls-Royce has also struggled to keep up the pace because of a lack of spare engines and parts.

Airlines such as Virgin Atlantic, Air New Zealand and British Airways have been forced to ground aircraft while they await temporary fixes. Some 34 aircraft are on the ground at the moment and this could rise to about 50 in the coming weeks, a person with knowledge of the subject said.

More in this category: « Salus Aviation imports New Zealand’s largest helicopters - previously used by the Emperor of Japan New Zealand passengers are losing out to monopoly airports »
back to top
Jun 12, 2018