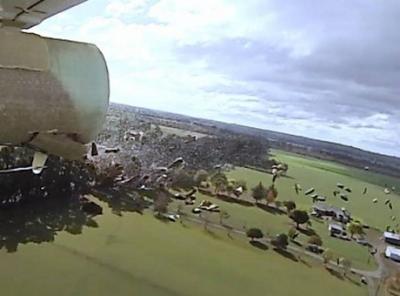 This week, thousands of sterile codling moths are being dropped by drone onto central Hawke's Bay apple orchards to help wipe out the destructive wild population of the pest according to a report by FreshPlaza.

Mr Apple technical manager Robbie McCormick said if codling moths were eliminated from Hawke's Bay it would open new high-value export markets, as India, Japan, China, Taiwan and Western Australia do not accept apples from regions affected by the moths.

"Hawke's Bay is an isolated area and we think we have a fighting chance to eradicate the codling moth population," McCormick said. The organic technique also reduces insecticide use.

Plant and Food Research scientist Jim Walker said that in a single 10 minute flight, a drone following GPS co-ordinates and fitted with special moth-carrying pods, can distribute 23,000 moths over a 100 hectare orchard. "It's a very efficient and effective way of getting moths spread uniformly across an orchard.

“The wild moth population had already been reduced by up to 98 percent across the 400ha of central Hawke's Bay orchard treated with sterile moths,” he said. "Of 80 pheromone traps, we caught one wild codling moth between them in a season."

Rural press in retreat at a time of crisis