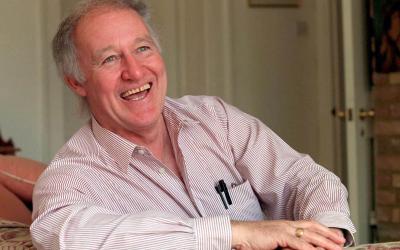 David Yallop who has died in Britain at the age of 81 is credited by the New Zealand Labour Party cabinet member Andrew Little as precipitating him into a career dedicated to serving the “underdog.”

Mr Little shortly after his election as leader of the Labour Party confessed to NZ Lawyer publication that reading Mr Yallop had propelled him both into law and serving the Labour Party.

“I’d read a book about the Derek Bentley case in the UK – he was the last person to be hanged in England – and that piqued my interest,” Mr Little is quoted as saying.

“That was also at the time of Arthur Allan Thomas and the Royal Commission Inquiry, and I’d admired the various lawyers that [he] had…I liked the idea of using a legal qualification to battle for the underdog.”

Mr Little went on to study philosophy, law and public policy at Victoria University in Wellington

Upon graduation he was hired as a solicitor for the Engineers Union, which later became the EPMU and which also represented journalists.

Mr Yallop did so after the publication of his book To The Ends of the Earth about the career and eventual capture of Carlos aka The Jackal.

Mr Yallop demonstrated the depth and spread of his groundwork when in referring to the late Libya strongman Colonel Gaddafi he was asked by a member of the audience how he knew the correct pronunciation of the dictator’s name.

“He told me,” shot back the author.

After cutting his teeth on the British Craig-Bentley murder-capital punishment case in his book To Encourage The Others, Mr Yallop consolidated his reputation as a miscarriage of justice author with Beyond Reasonable Doubt?

Mr Yallop along the way published other books with similarly ringing titles in which he challenged internationally sporting bodies, notably FIFA, and also the Roman Catholic church and its Papacy.

Mr Little meanwhile stood aside in 2017 to allow Jacinda Ardern MP to become leader of the Labour Party.

He continues though his destiny inspired by David Yallop as minister of justice among other cabinet-rank portfolios.