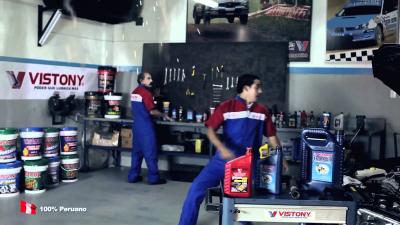 Peruvian lubricants manufacturer, Vistony, will establish its Australia and New Zealand headquarters in Geelong, Victoria, with sights set on beginning operations in early 2019.

Vistony supplies oils, lubricants and greases for the industrial, automotive and mining sectors globally, with branches across Latin America, the United States, India and Spain.

The company’s operations in Australia and New Zealand will begin early next year following the construction of the new facility in Norlane, Geelong, where it will focus on provisioning sales and marketing for its products in these markets.

Vistony’s founder and chairman, Oswaldo Hidalgo, said he welcomed the efforts of the Victorian government in supporting the company.

“The support of the Victorian Government was instrumental to our decision of establishing Vistony’s Australia and New Zealand Headquarters in Victoria,” Hidalgo said.

The Victorian government recently established an office in Santiago to support and increase trade, education and investment activities between Victoria and the Latin America region.

“Victoria is a global leader in manufacturing and this investment from Vistony cements that position,” Carroll said.

“We’ll always back manufacturing because it creates local jobs and boosts our economy.”

More in this category: « ProtoMAX® is Now Available for Broad Global Release. A Keith Hogger For Sale »
back to top
May 08, 2018

Kiwi AS? The rules for claiming Made in New Zealand