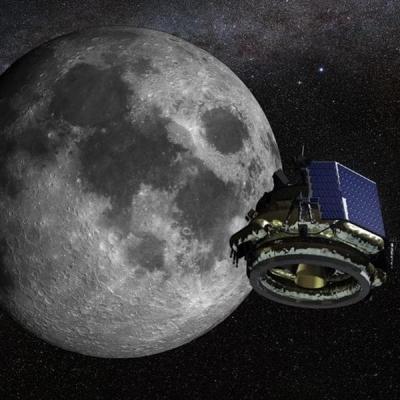 Moon Express, the brainchild of billionaire Naveen Jain, has announced its first unmanned mission to the Moon will commence in 2017. Next year’s rocket mission will cost a whopping $5 million USD, but due to the Silicon Valley-based company’s use of additive manufacturing, Jain predicts the same mission will cost a jaw-dropping $10,000 in a decade. In other words, by 2026 we may be able to buy a return trip to the moon for only ten grand. And thanks to Moon Express’ partnership with the New Zealand-based Rocket Lab, we can expect that lunar rocket to be made up almost exclusively of 3D printed parts.

“We are now free to set sail as explorers to Earth’s eighth continent, the Moon, seeking new knowledge and resources to expand Earth’s economic sphere for the benefit of all humanity,” Moon Express tells us in a press release.

To refresh your memory, back in 2015 we saw the New Zealand company Rocket Lab unveil a rocket with an engine made almost entirely of 3D printed components. Named after the Kiwi physicist Ernest Rutherford, the Rutherford’s engine chamber, injector, turbopumps and main propellant halves were all produced using a unique additive manufacturing method known as electron beam melting (similar to selective laser sintering, or SLS). Coupled with the fact that the Rutherford is also the world’s first battery-powered rocket engine, Rocket Lab’s pioneering use of 3D printed materials means that the entire system costs an estimated 95% less than previously seen, opening the possibility of lunar voyages for anyone who can afford it.

It was only this past August, however, that the partnership got the official go-ahead from the US Government. Following a series of meetings with the FAA, the White House, the State Department, and NASA, Moon Express has now been authorized to travel beyond Earth’s orbit and land on the Moon in 2017.

The breakthrough maiden voyage will send the robotic spacecraft onto the Moon’s surface, “beginning a new era of ongoing commercial lunar exploration and discovery, unlocking the immense potential of the Moon’s valuable resources,” Moon Express says.

Moon Express co-founder Naveen Jain hopes these missions will teach humanity “to stand outside our planetary system and to learn how to live somewhere else.”

In other words, the interests of the Silicon Valley-based company run much deeper than just the lunar surface. “The recent discovery of water on the moon is an economic game changer for humanity’s future. Water is the oil of the solar system, and the moon has become a gas station in the sky,” says CEO Bob Richards.

“The sky is not the limit for Moon Express — it is the launchpad,” Jain states. “Space travel is our only path forward to ensure our survival and create a limitless future for our children. In the immediate future, we envision bringing precious resources, metals, and Moon rocks back to Earth.”

The company’s drastic visions still have a long way to go until fruition. But with the first mission chartered already for next year, Moon Express is optimistic for the future. If successful, that’s one small step for man, one giant leap for additive manufacturing.