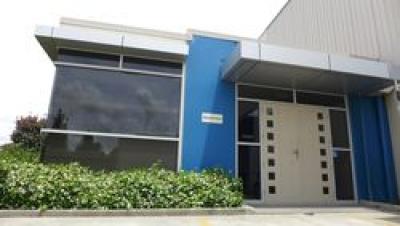 The Takanini facility is a big step up in size, with a clearspan structure, eight-metre stud height and a five-tonne gantry covering the entire facility. We’ll be able to make real improvements to our manufacturing processes.  Stephen Simmons - Managing Director

The large open-plan office is another key feature, as the company has recently centralised sales, customer support, design and administration roles in Auckland. “We moved into [our current premises at] 52 Church Street sixteen years ago” explains Stephen. “We have simply outgrown it, and it will be a real boost for our team to have a modern, open, single-level office space.”

Stephen notes that, while the central Auckland suburb of Onehunga was once a premier location for Kiwi manufacturing firms thanks to its cluster of suppliers and transport links, the industrial landscape is changing. “Location is not so important anymore, with the huge improvements to the motorway network and new commercial areas developing in the outskirts. Ten years ago, we would not have relocated to Takanini, but it’s really not a problem anymore.”

The need for a new facility was largely driven by the Simpro’s expanding export business, which now generates over 80% of turnover. “We’re expanding in the UK, US and Europe, on top of our traditional market in Australasia” explains Stephen. “New Zealand manufacturers are typically innovative, but lack economies of scale. With this exciting move, we are working to achieve both.”About Simpro Handling Equipment Ltd

Simpro Handling Equipment is a market leader in specialised materials handling equipment, including bin tippers, pallet stackers and goods lifts. Founded in Auckland in 1986, the company soon built a reputation for innovation, safety and reliability – delivering unique products which have improved productivity for thousands of workplaces around the world. Today around 80% of production is destined for export.

Simpro's range of materials handling products is complemented by a custom design service for specialised industrial lifting solutions. The company operates a sophisticated CAD design environment, and most manufacturing is conducted at various facilities in Auckland, New Zealand.

Simpro is a family-owned company. More information is available on the company website simpro.world.