Hire for attitude and train for aptitude 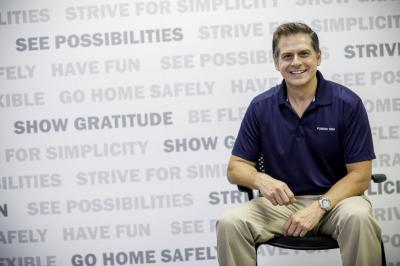 Craig Zoberis, 48, started his career at his father’s contract engineering business where he says he experienced a workplace culture he didn’t like.

So, in 2002, after getting an MBA from St. Xavier University in Chicago, he started Fusion OEM and focused not just on getting the product right but on creating a company where people want to work.

Today, the company, based in Burr Ridge, Ill., just west of Chicago, is a contract manufacturer of mechanical and electrical machines and components. It did $12 million in sales last year and made a profit. While lots of other manufacturers have moved operations to China or Mexico, Zoberis has kept his plant in the United States – and considers it a point of pride to pay his 55 workers above-market rates.

More in this category: « Nexans NZ send out a warning BCDS Group to distribute key labelling automation products »
back to top
Apr 04, 2018