Roadog team keen to thank The Boss for his inspiration 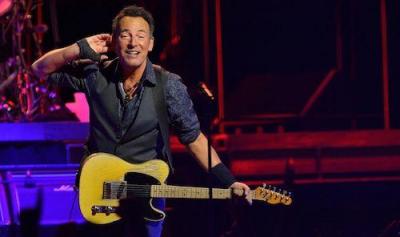 Bruce Springsteen has provided the vital bit of inspiration for the revolutionary, new ROADOG motorcycling top and the inventors are keen to show their gratitude when The Boss is in New Zealand.

The Christchurch-based company has been in touch with Springsteen’s management team to present him with their ultra-light, super warm jersey.

“After all, Bruce is a fellow motorbike enthusiast, and our target mark, so we’d love to know what he thinks of our ROADOG jersey,” says director Glenn Rodgers, who has also offered to loan Springsteen Harley Davidson to take him on a ride around the beautiful South Island roads.

The ROADOG their experienced their a ‘voila moment’ riding back from the last Bruce Springsteen concert in 2014 on an icy cold night.

“We had been working on a special, light, new design to protect motorcyclists from the cold winds on long road trip, and had come up with a concept that combined New Zealand merinowith a Hydrotex layer to keep the wind out,” explains Rodgers.

“But that night, riding back from the concert in Auckland, we were still suffering and realised we needed something extra.

Springsteen will be in New Zealand for two concerts on February 21 in Christchurch and February 25.

The ROADOG jerseys have received rave reviews from riders throughout New Zealand. “And they all want to get their hands on one of them, so we are already looking at increasing our production.”

More in this category: « Unilever rejects Kraft Heinz takeover and says it has ‘no merit’ New cross-laminated timber could cut construction costs »
back to top
Oct 03, 2018

A new approach to copyright can help drive innovation