Low-volume manufacturing in the Trump era 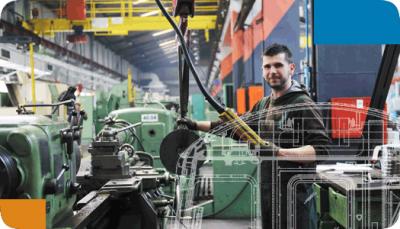 What Trump gets wrong about manufacturing

President Trump has promised to revitalize American manufacturing by bringing back mass production to the United States. This past Thursday, he convened a “listening session” with his manufacturing council, and a week ago, in front of thousands of Boeing factory workers in North Carolina, the president reaffirmed his mantra to have “products made in America, made by American hands.”

President Trump is right in his call to invest more resources in manufacturing in America. But, he is mistaken to focus solely on mass production. The future of the sector lies not just with mass production but also with low-volume manufacturing and precision machining (a $60 billion industry) where America already offers a strong value proposition for its customers right here in the U.S.

For example, the president missed an opportunity to nurture this large manufacturing base when he filled his manufacturing council with executives mostly from Fortune 500 companies. Small- to mid-size machine shops, that specialize in low- volume manufacturing, also deserve airtime for their contribution to the rising tide of manufacturing in America. Whether through traditional machining or newer 3D printing processes, these manufacturers are often on the cutting edge of product development.

In an interview following the manufacturing council meeting last week, U.S. Steel CEO Mario Longhi said it was “totally realistic to bring [manufacturing] jobs back.” As we put in place policies to bring back these jobs, however, we must be mindful of the realities of the 21st century economy.

Low volume manufacturers in the United States already offer a tremendous value proposition versus our main overseas competitors. These smaller businesses are much more sensitive to the cost of regulation and such regulation often prevents them from expanding, either through the purchase of additional capacity or additional employees.

By embracing new, smarter technologies like 3D printing, low volume manufacturers are both adapting to a more advanced economy and creating jobs in America. Operating 3D printers or CNC machines provides machinists, who now must be a combination of artisan and computer programmer, the requisite skills to adopt quickly the most advanced manufacturing technologies.

The United States has significant advantages in low-volume manufacturing. It demands a high degree of quality control and supply chain management. Sourcing in the U.S., where there are no cross-border issues and every destination is no more than a day away, is safer than offshoring.

While we don’t expect President Trump to spend the next press conference lauding new jobs at Bikle Manufacturing or pressuring Ashby Manufacturing to keep jobs in Pennsylvania, it would be wise for his administration to be more inclusive of the low-volume manufacturing sector.

It would be misguided to think that reshoring jobs from a handful of companies that are household names will be enough to bring back the glory days of manufacturing in this country. The government must also invest in the small machine shops that you probably have never heard of. These shops, many of which are third or fourth generation American have been making America great for decades.