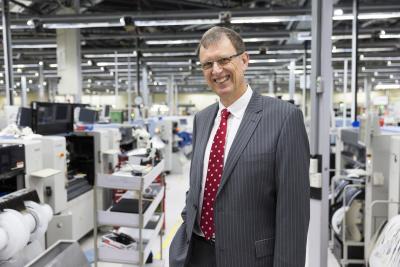 The NZMEA survey sample this month covered NZ$232m in annualised sales, with an export content of 56%.

Net confidence fell to -7, down from 10 in December.

The current performance index (a combination of profitability and cash flow) is at 101.3, up from 99.3 last month, the change index (capacity utilisation, staff levels, orders and inventories) was at 101, with no change from the last survey, and the forecast index (investment, sales, profitability and staff) is at 105.3, up on the last result of 104.5. Anything over 100 indicates expansion.

A net 13% of respondents reported a productivity increase in January.

“2017 has seen a slow start for manufacturers, experiencing falls in both domestic and export sales on January 2016. This comes after a strong end to the year for November and December, though the export sales did experience challenges prior to this in October, September and July.” Said NZMEA Chief Executive Dieter Adam.

“Domestic were flat in January, falling 0.66% on the same month in 2016. The three month average for domestic sales stayed relatively strong at 4.8%. Export sales decreased 3.86% on January 2016, but sales on the three month average measure say an increase of 4.2%, boosted by the impressive increases felt in November and December.

“Sentiment measures were mixed in January – net confidence fell on December, slipping into the negative. In contrast, our index measures of performance and forecast increased, both sitting in expansion, while the change index remained the same as in December. Staff numbers fell 4.10% on January 2016 – this may be a reflection of some of the challenges in export sales over the last 6 months.

“For comparison, in the recent Overseas Merchandise Trade release from Statistics New Zealand, the value of mechanical machinery and equipment exports increased 1.5% in January on the previous month, but remained 5.4% lower than January 2016. Electrical machinery and equipment exports were flat in January, with an increase of 0.3% on the previous month. These did, however, experience a 9.5% drop on January 2016.

“All in all, we need to keep in mind that surveys of the manufacturing sector will be subject to fluctuations. Weak trends at least aren’t that easy to spot, even when looking at quarterly figures. We also need to be aware that our manufacturing sector is quite closely linked to global trends, and that globally there is a lot of uncertainty at the moment, especially where demand for capital goods is concerned. A lot of what our members manufacture are components or sub-systems for capital goods produced overseas.” Said Dieter Adam.