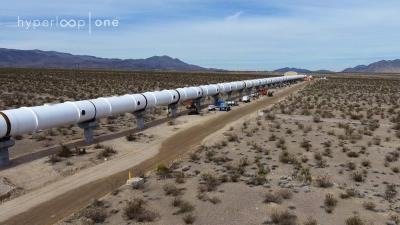 With a few different players now in the game, the race is on to win over governments and get the once seemingly far-fetched Hyperloop up and running. For LA-based startup Hyperloop One, that means rolling into Dubai with photos of its full-scale test track and a few renderings of what the first Middle Eastern Hyperloop terminals might look like.

Hyperloop One has been busy planting its fingers in different continental pies, with a view to one day using its ultra-fast transport system to move passengers all around the world. This has included agreements with governments in Russia, Finland and Dubai to explore the technology's potential on various scales, with the latter possibly growing to embody a new, blazing fast transport network across the Gulf region. 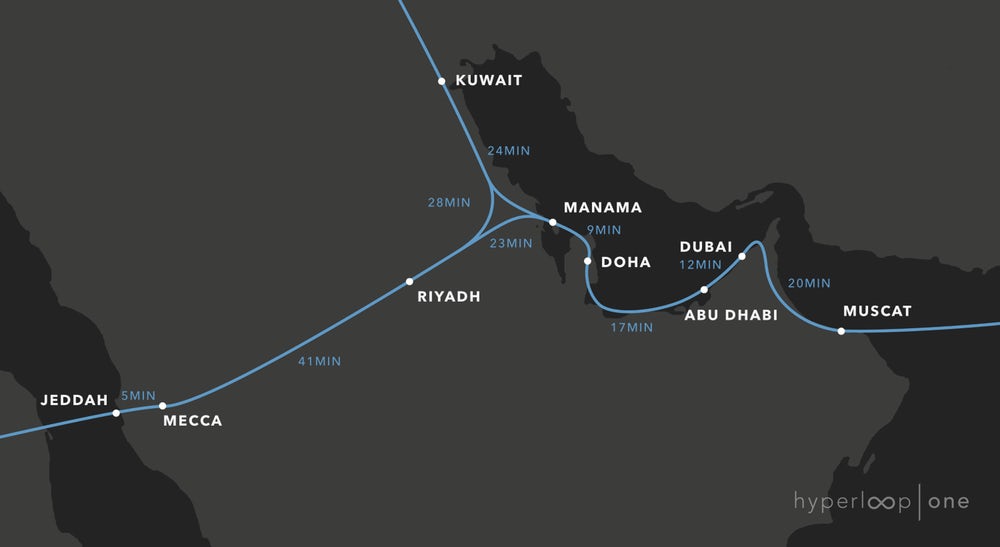 Hyperloop One harbors ambitions of connecting cities across the Middle East

To begin with, Hyperloop One has signed a deal with port operator DP World to conduct a feasibility study exploring the potential of the system to ferry cargo from container ships to a depot further inland.

But it is hoped that this is just the first step, with Hyperloop One harboring ambitions of connecting cities across the Middle East. This would include a 12-minute journey between Abu Dhabi and Dubai, a 139 km (86 mi) trip that currently takes around an hour and a half by road. But that's with little traffic. Hyperloop One reckons that 4,000 vehicles travel this route everyday, with the congestion costing the economy US$800 million in lost working hours.

The Hyperloop One test-track is 500 meters in length

To show how serious it is, Hyperloop One CEO Rob Lloyd accompanied his keynote address at the Middle East Rail conference in Dubai today with images of a full-scale test track in the Nevada desert, along with a few renderings of Hyperloop terminals. Dubbed the DevLoop, the 500-meter long (1,600 ft) test track has a 3.3-meter (11 ft) diameter and sits 30 minutes outside Las Vegas.

Last year Hyperloop One held a public demonstration using a smaller, open air test track, where it showed off the propulsion system that will one day be used to shuttle passenger capsules through vacuum-sealed tubes at close to the speed of sound. It plans on conducting the first public trials using its new sealed test-track in the first half of 2017.

More in this category: « LINZ improving shipping safety Online tyre sales go from impossible to possible »
back to top
Mar 26, 2018

Regional fuel tax coming to a town near you!