Potential routes for a US Hyperloop system would link more than 35 states. 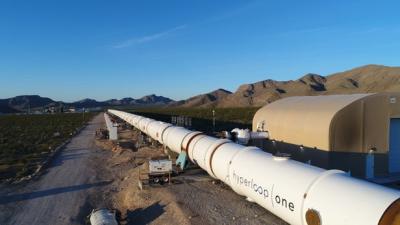 Much of the buzz around potential Hyperloop systems of late has centered on how they might first make tracks in countries outside the US, but for its latest announcement, startup Hyperloop One is looking much closer to home. The LA-based company has today outlined 11 potential routes for Hyperloop routes in the US that it says would massively reduce transport and cargo time through the nation's more heavily used passages.

Hyperloop One is just one of the transport companies vying make the futuristic transport system a reality. First described in an Elon Musk white paper in 2013, the Hyperloop would shuttle passengers and cargo through low-vacuum tubes at close to the speed of sound, a velocity made possible by the minimal aerodynamic drag inside.

Hyperloop One has agreements to explore the feasibility of such a system with Russia, Finland and Dubai, among others, but this week it is turning its attention to US soil. Presenting at the Vision for America Conference today, the company has outlined a set of potential routes for a US Hyperloop system that would link more than 35 states.

Such a network of high-speed transport tubes is a ways off yet, however. The 11 proposals are finalists in the Hyperloop One Global Challenge which kicked off last May and drew more than 2,600 participants. The 11 will be whittled down to three teams, who will then work with Hyperloop One's engineers to explore further development.

Hyperloop One also revealed that it has added the finishing touches to its 500-meter long test track (0.3 mi) in Nevada, which will function as a testbed for its propulsion, vacuum, levitation and control technologies.

More in this category: « Online tyre sales go from impossible to possible Minister announces transport sector board appointments »
back to top
Jun 18, 2018