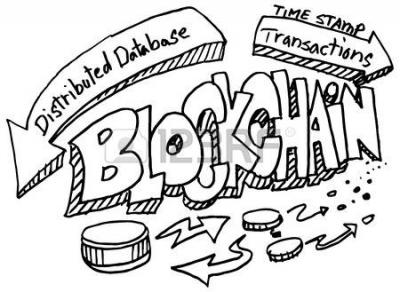 Sparkle Coin has introduced its eponymous cryptocurrency, the first of its kind backed by diamonds.

The launch is the initial step toward the company’s goal of creating more efficient global economic growth to promote societal advancement by developing a platform that brings cryptocurrencies into the mainstream business and consumer markets.

Sparkle Coin is a hybrid cryptocurrency possessing the best qualities of both POW (Proof of work) and POS (Proof of stake), providing rapid adoption through mining of Sparkle Coin as well as long-term sustainability through minting.

Founded by business and technology veterans, Sparkle Coin is designed to be a part of a new economic ecosphere, built on a foundation of proven business fundamentals essential for real-world transactions.

“Sparkle Coin bridges the gap between cryptocurrencies and traditional business by developing an economic ecosphere comprised of an asset-backed cryptocurrency, transacted through a powerful currency exchange, with an outward facing cryptocurrency payment gateway allowing virtually all merchants to accept cryptocurrency though an online shopping mall or directly on their own websites.”

After the initial coin release (ICO), Sparkle Coins can be transacted on VCoin Exchange, an advanced currency exchange that allows for trading with other cryptocurrencies and fiat currencies.

VCoin Exchange also provides software and payment gateways for virtually any merchant to accept Sparkle Coin and other cryptocurrencies as payment for products and services.

Online shoppers can use their Sparkle Coins as well as other cryptocurrencies to purchase products directly from their favourite stores including Amazon, Walmart, Target, Toys R Us, Bed Bath & Beyond, Staples and more via VCoinMall.com, a front-end order management and payment processing service.

Together, Sparkle Coin, VCoin Exchange and VCoinMall.com make up a unique economic ecosphere that connects the latest blockchain technologies with existing business platforms and networks to drive adoption of cryptocurrencies for real business transactions.

“Cryptocurrencies have struggled in the past to be widely adopted because the technologies were still being developed and the necessary infrastructure was not in place yet,” says David Chen, Sparkle Coin financial strategy vice president.

“Sparkle Coin represents the second generation of cryptocurrencies that will push through the barriers because it’s fully funded, asset-backed and easy to integrate with existing payment infrastructure.”

Sparkle Coin’s hybrid POW and POS algorithm is the latest technology for cryptocurrency, providing a rapid ramp up of miners and subsequently processing power for the network to create extremely powerful encryption and security, and accelerated transaction processing.

Sparkle Coin is the only company in the blockchain and cryptocurrency world to incorporate a fund set aside for the operation of the company for 100 years.

In addition, the public will be able to mine for approximately 1,000 Sparkle Coins a day for the same 100-year period to further increase the size and stability of the network. This approach, along with minting, creates stability, longevity and managed growth.

At launch, each Sparkle Coin is backed by US$5 worth of Gemological Institute of America (GIA) certified diamonds, procured through established diamond wholesalers, which can be immediately redeemed the day after the Sparkle Coin ICO in increments of US$500.

By backing Sparkle Coin with diamonds, which have been shown to steadily increase in value over time more than other assets such as gold, early adopters have a safety net for their participation in this new economic ecosphere.

When the price of Sparkle Coin reaches US$25 per coin, there will no longer be any need to back the coins with diamonds as the worth generated by the economy built around Sparkle Coin will have proven itself, thereby providing Sparkle Coin with its own intrinsic value five times greater than the initial price.

The Sparkle Coin ICO will occur at TechCrunch’s Disrupt in San Francisco on September 20 at 1pm PDT.