The world's first cryptocurrency recruitment agency has opened in Sydney 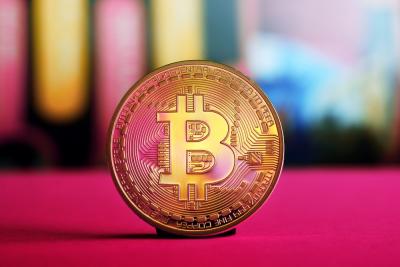 2 Nov - A recruitment agency specialising in finding cryptocurrency and blockchain talent has opened in Sydney.  Crypto Recruit has set up shop with the belief that it is the first in the world to offer such niche IT recruitment services, said founder Neil Dundon. “The idea was to get some first mover advantage in the market,” Dundon told Business Insider.

“Nowadays there seems to be general pub talk [about cryptocurrencies] — people are just talking about it all the time and it’s just mental at the moment. So three or four months ago I had the idea: why don’t I couple my passion for cryptocurrency and blockchain… with my skills in recruitment?”

The venture is in its early days so Dundon, who has 13 years experience in the IT recruitment and education sector, is currently busy developing a network of recruiters around the world to find blockchain talent.

But he’s already fielded much interest from the tech industry.

“There really are very few blockchain developers in the world at the moment,” he said.

“There is demand out there at the moment. I’m getting very positive feedback on it. But it’s in it’s infancy stages, so I’m really there to build a brand and help these blockchain projects from a staffing perspective.”

With such a shortage of skills, recruitment for cryptocurrency and blockchain developers can sometimes be a matter of hiring graduates or developers with different backgrounds then upgrading their skills.

And those willing to learn can “make a premium” on top of standard technology salaries, according to Dundon.

“A lot of these projects raised a lot of money from their initial coin offerings and they need to move quickly. So just by the very market forces alone, and the speed to which they have to develop, there can be a premium on top.”

Dondon, who established the Bondi business after becoming a cryptocurrency investor himself earlier this year, already has three employees based both in and out of Australia.

“There’s a whole paradigm shift in front of our eyes and a lot of people aren’t even realising it.”

More in this category: « Pros and Cons of Ripple; Huge Ambitions and Risks NZ MyBitcoinsaver raises seed funding »
back to top
May 03, 2018

Lyttelton port and minimum wages: Where is the money going to come from?