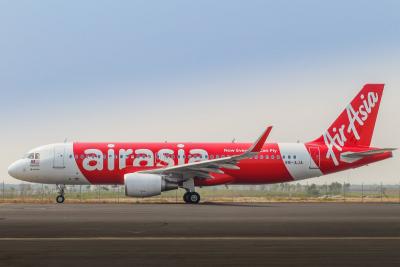 Nov 20, 2017  -  AirAsia is the best low-cost airline in the world and CEO Tony Fernandes wants to shift the airline’s business towards e-commerce launching a payments platform called BigPay. Fernandes also believes the first class cabin is going away within five years.  Sixteen years ago, Tony Fernandes, with a small group of intrepid entrepreneurs, took over a failing Malaysian Government-owned airline for $US0.25 and the promise to assume its $US11 million in debt.

Since then, AirAsia has helped bring affordable flying to the masses in South East Asia.  In the process, the Kuala Lumpur, Malaysia-based company has become one of the most disruptive forces in commercial aviation history while making the always affable Fernandes a rockstar in the business world.

What started as a two-plane operation has now expanded to a fleet of more than 150 Airbus A320 jets with another 200 aircraft on order.  And for the past nine years, AirAsia has been named the best low-cost airline in the world by Skytrax and its reviewers.

Recently, Fernandes spent a morning with the Business Insider at our headquarters in New York. Our conversation touched upon several topics including the company’s future endeavours in e-commerce, AirAsia’s move towards fintech, where the airline industry is going, and advice from his mentor Sir Richard Branson.

AirAsia is betting big on e-commerceFor the airline’s next great adventure, Fernandes wants to move AirAsia’s revenue model beyond simply selling tickets and into the world of e-commerce. With an ample supply of customer data, AirAsia wants to anchor its new e-commerce operation around the sale of duty-free goods.

“So when you book your ticket (online), we’ll offer you the chance to buy duty-free and you can pick it up on the plane or at the airport,” Fernandes told us. “It gives our customers much more time to browse and potentially we can create a marketplace for shops to put content on our website.”

According to Fernandes, the average passenger has an hour to an hour and a half to shop at the airport. With the online shops, AirAsia passengers can shop 365 days a year with personalised recommendations.

Further, Fernandes wants to use the airline’s fleet to transport goods purchased to destinations throughout Asia, thereby creating a logistics business.

“If you take Amazon, they started with a website and great distribution, now they are buying planes,” Fernandes said. “We’ve got the planes and we’re working backward.”

Of course, AirAsia’s e-commerce revolution won’t get off the ground without retrofitting its fleet with high-speed Wifi, a process that’s currently underway. It’s an element of the passenger experience Fernandes admits had been lacking onboard his flights.

The airline is focused on getting rid of cashThese days, cabin crew on board AirAsia flights wear several hats, among them salesperson. But due to the nature of AirAsia’s network that spans the entirety of Southeast Asia, cash poses a major problem. Which is why Fernandes is excited to jump into the financial technology (fintech) business.

“We’re so excited about the fintech revolution,” Fernandes said. “We hate cash. It’s a pain for our cabin crew. FX is a super pain. It leads to fraud. It tempts my crew to do things they shouldn’t do.”

As a result, AirAsia launched a new payment platform called BigPay that will allow the airline’s customers to buy products through their smartphones. According to Fernandes, the platform is built with group travel in mind. Which means it will allow people to share bills and transfer money to one another.

Initially, BigPay will also be available with a pre-paid card, but Fernandes and his team are working to make it more app-focused using QR codes and near-field-communications.

There will be a currency exchange feature as well.

“We think our customers are being ripped off by banks,” Fernandes said. “If you were travelling to Bali, [Indonesia] from Da Nang, Vietnam and wanted to exchange your Vietnamese Dong to Rupiah, we would facilitate that for you at a much lower rate.”

BigPay currently works with 10 currencies, but Fernandes expects to up that figure to 14.

Ultimately, the AirAsia boss believes BigPay will be able to expand beyond the airline ecosystem and into mainstream retail.

Where AirAsia and the airline industry are headedEven though AirAsia is thriving, the airline won’t be expanding beyond its bread and butter low-cost economy model. When asked if AirAsia is looking to offer a low-cost, long-haul business-class-only product like La Compagnie, Fernandes quickly shot down the idea.

“No, not while I’m at AirAsia,” he told us. “I think focus is key and we’re good at what we do and [long-haul business-class-only] is a different model.”

With that said, Fernandes understands the reasoning behind a dedicated business-class airline and is baffled by why airlines would offer so many different cabins on board a single aircraft.

“Airlines were crazy to have first class, business class, premium economy, and economy on one friggin plane,” Fernandes said. “That’s four business models on one plane.”

“You don’t have Four Seasons hotels with budget rooms and super suites, they basically have one standard, but with bigger rooms,” he added.

Instead, the AirAsia boss believes market segmentation in the future will see airlines specialize in one or two particular products.

According to Fernandes, we will see the end of the first class cabin within the next five years. In addition, the economy cabin on full-service airlines could disappear altogether with dedicated low-cost carriers taking over that segment of the market. This means traditional, full-service airlines could be left operating flights with only business and premium-economy cabins.

The best advice Sir Richard Branson told him during the early days of AirAsia During the mid-1980s, Fernandes spent several years as the financial controller for Virgin Communications. Through the years, he’s become known for his close friendship with Virgin Group founder Sir Richard Branson.

But Fernandes makes it clear that he has no ambitions to become Asia’s Branson.

“Everyone thinks I want to be Richard, but I can confirm to Business Insider that I don’t,” he said. “I have no preconception of going on a balloon at 36,000 feet nor do I have any intention of going to the moon.”

“One of the first people to call me up when I started AirAsia was Richard who said, ‘I thought it was really stupid to start an airline’,” Fernandes said jokingly.

As far as advice goes, it was pretty simple, yet profound.

“He just said have fun and make it a fun place which we’ve tried to do,” the AirAsia Group CEO added. “But we would have done that anyway.”

“Virgin was very informative in my whole cultural experience in that it was a fun place, it was a place where there were no suits, it was informal and ideas and innovation are encouraged,” Fernandes said.”That rubbed off on me.”

According to Fernandes, this open and innovative culture has defined the company’s success. For example, AirAsia encourages its employees to design their own uniform choices and to show off their personality as individuals.

“If they’re comfortable coming to work, they will be happier and more themselves,” he said.

More in this category: « eGates open to Chinese travellers Effluent and excrement taint 100% pure NZ image »
back to top
Sep 05, 2018