Asia’s Where It’s At for Kiwi Fintech Startups 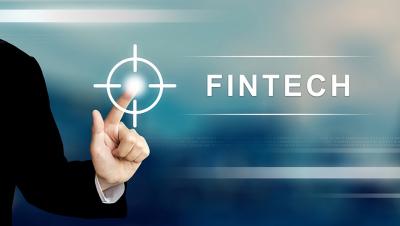 Many Kiwi ventures are too focused on breaking into the United States and European markets, Shetty says.

“China is way ahead of the game, especially with WeChat and Alipay leading the charge. India and Vietnam are not far behind but are catching up fast.”

The onus was on Kiwi FinTech startups to be much more agile in putting ideas into practical application – and to take a few risks.

“Compared with Asian startups, Kiwi startups tend to move much slower. Having a clear idea of things is crucial, but there can be a tendency to overthink things, rather than taking action.

“We need to start taking a few more risks as a startup ecosystem and be braver in working closely with Asian markets.”

New Zealand’s reputation in Asia was as a primary producer. That reputation needed to be diversified into FinTech and innovation.

“On the whole, no one knows much about New Zealand when it comes to tech innovation,” Shetty says. “We’ve always positioned ourselves as a country that makes meat, milk and manuka honey and, of course, the Lord of the Rings movies. These are maybe the only topics we ever talk about (in Asia). But New Zealand is much, much more, it just seems we’ve forgotten and ignore the innovation success of Kiwis.”

Shetty says blockchain, cryptocurrency and app-based FinTech innovation was exploding in Asia and were areas Kiwi startups would be well advised to focus on.

“Another area would be to simplify ways to get smaller investments into the New Zealand marketplace from investors who actually want to invest here, rather than just coming here as immigrants. Stock market apps are another growth opportunity in Asia in the automation of market prediction and advice.”

The inaugural Kiwibank FinTech Accelerator resulted in the successful launch of startups including Sharesies, Accounting Pod and Tapi with support, funding and expertise to build, develop and expand their products in New Zealand and world markets.

That success had encouraged Kiwibank and accelerator partners Creative HQ and Callaghan Innovation to launch version 2.0 of the programme, which will be run by Creative HQ’s Lightning Lab accelerator.

“FinTech’s a $1 trillion global industry, with investment increasing every year. As a country with talented people and a good regulatory environment, we can be at the heart of development.

“By having overseas ventures involved, we can expose Kiwi startups to the thinking and technology being applied internationally. The global networking potential alone will be invaluable.”

James Hartley, Manager of Financial Markets Policy at the Ministry of Business, Innovation and Employment, agreed that New Zealand was well-placed to be a leader in FinTech innovation.

“Because we’re a small country, we can co-ordinate and act quickly when responding to change. Our policymakers and our Financial Markets Authority are engaging with the FinTech sector and taking an agile approach to innovation. We know larger countries struggle to provide the level of access and openness we have here.”

Applications for the Kiwibank FinTech Accelerator 2.0 close at midnight on December 3. More information can be found at https://nzfintech.kiwi/programme.

More in this category: « So much cash in a cashless society Reserve Bank to ease LVR restrictions »
back to top
Jun 19, 2018