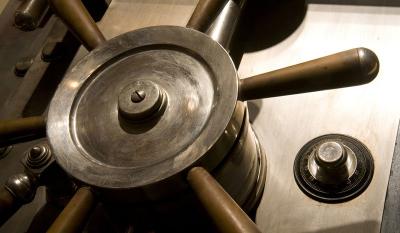 Dec  13, 2017  -  Earlier this year, we committed to placing 55 billion XRP in a cryptographically-secured escrow account to create certainty of XRP supply at any given time. As promised, today we completed the lockup.  By securing the lion’s share of XRP in escrow, people can now mathematically verify the maximum supply that can enter the market. While Ripple has proved to be a responsible steward of XRP supply for almost five years – and has clearly demonstrated a tremendous track record of investing in and supporting the XRP ecosystem – this lockup eliminates any concern that Ripple could flood the market, which we’ve pointed out before is a scenario that would be bad for Ripple!

This move underscores Ripple’s commitment to building XRP liquidity and a healthy and trusted market. Long term, the value of digital assets will be determined by their utility. XRP has emerged as the only digital asset with a clear institutional use case designed to solve a multi-trillion dollar problem – the global payment and liquidity challenges that banks, payment providers and corporates face.

Unlike other digital assets purely driven by unexplained speculation, real institutional customers are already using and finding value in XRP, and governments, regulators and central banks are increasingly recognizing the role it could play in the global system.

XRP goes beyond what Bitcoin does well — a store of value — and delivers transaction speed and throughput that is orders of magnitude faster than BTC or ETH. While other digital assets continue to bump against their transaction limits, XRP remains the fastest, most efficient and most scalable digital asset in the world – making it the best digital asset for payments. It’s no surprise that institutions are looking to XRP to provide much-needed on-demand liquidity for cross-border payments.

Here’s how the escrow works:

The Escrow feature in the XRP Ledger allows parties to secure XRP for an allotted amount of time or until specific conditions are met. For example, Escrow allows a sender of XRP to put conditions on exactly when a payment can be completed, so the payment remains cryptographically locked until the due date.

We use Escrow to establish 55 contracts of 1 billion XRP each that will expire on the first day of every month from months 0 to 54. As each contract expires, the XRP will become available for Ripple’s use. You can expect us to continue to use XRP for incentives to market makers who offer tighter spreads for payments and selling XRP to institutional investors.

We’ll then return whatever is unused at the end of each month to the back of the escrow rotation. For example, if 500M XRP remain unspent at the end of the first month, those 500M XRP will be placed into a new escrow account set to expire in month 55. For comparison, Ripple has sold on average 300M XRP per month for the past 18 months.

Ripple’s vision remains the same – to enable the Internet of Value in which money moves like information moves today – and XRP is at the heart.

More in this category: « Air New Zealand experiments with blockchain technology “No one can see a bubble. That’s what makes it a bubble.” — The Big Short »
back to top
May 25, 2018