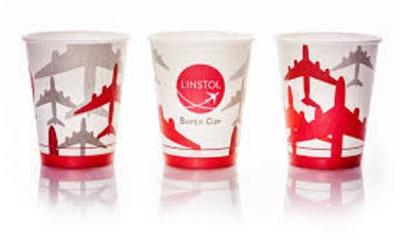 Smart Planet Technologies has sealed a license agreement with Linstol, a leading distributor for the airline cabin industry, to use EarthCoating.

An estimated 15 billion coffee cups end up in US landfills annually.

Linstol chief executive Mark Russell, said the Super Cup has 43% less plastic content than a traditional paper cup, and is designed with a smaller storage footprint, with a 40% reduction in storage space, and allowing more cups per sleeve.

More in this category: « UC researchers invent Storminator™ weapon in battle for survival of healthy waterways CCATWG report a step in the right direction »
back to top
Apr 26, 2018