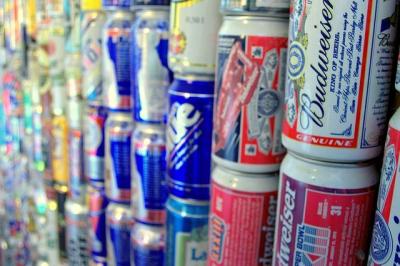 The war of tariffs kicked off by the Trump administration’s imposition of aluminium and steel duties earlier this year has put the squeeze on Canadian microbreweries, leading some to cut production for lack of aluminium beer cans.

Coverage on Tuesday by Reuters noted that, despite the dominion’s significant aluminium beverage can production, Canada also relies upon the United States for up to 2 billion aluminium cans per annum to keep up with demand.

As a result, when reciprocal tariffs were announced by the Canadian government, some brewers were notified of price increases for aluminium beverage cans. Others were even less fortunate.

“It seems like no one has cans to sell,” Steve Beauchesne of Ottawa’s Beau’s Brewing Co told Reuters.

“Whether it’s tariff-related or not, clearly some large producers have greatly underestimated their demand so that the suppliers were caught off guard and unable to provide it,” he continued.

Other suppliers have experienced difficulties as well. Crown Holdings Inc, which supplies Canadian beer brewers, experienced shortages in their shipments north of the border, possibly due in part to a closure of the firm’s beverage can plant in Massachusetts.

With disruptions in supplies come searches for suppliers, and Crown’s supply disruptions have resulted in phones ringing at other aluminium beverage can suppliers.

“We’re getting a lot of calls from Crown customers looking for an alternate supply of cans,” revealed a sales representative from Calgary’s Cask Brewing Systems. He continued by saying that his firm has not experienced supply problems.

Canada’s microbreweries may well be the canary in the cave for their beer-brewing sector, as over 60 percent of the country’s beer is sold in aluminium beverage cans. And, despite promises by microbreweries that they are not passing on costs to consumers, the estimated C$10.5 million (US$8 million) that the Trump aluminium tariffs will cost brewers must eventually be accounted for on balance sheets across the dominion.

“There has been a disruption and most brewers are now working hand to mouth. It’s like the perfect storm,” Beer Canada’s Luke Hartford lamented.