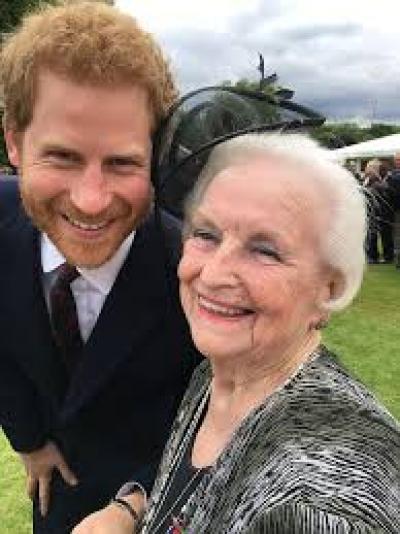 Madge Graves Lambert had never been further from her hometown of Dover than London.

Yet not long after qualifying as a nurse she boarded a ship which would take her thousands of miles away to Burma. She could barely imagine what life would be like there: how hot could it really be? Would there really be no fresh milk for tea? How would she bear being so far from the white cliffs of home?

While she knew that her time would be tough, she couldn’t have imagined the horrors that war would present her. Yet she also found friendship and camaraderie among the other nurses and troops. It was in Burma that Madge would also meet the man who was to be the love of her life, Captain Basil Lambert. Would their fragile newfound love be able to survive the heady, violent final era of the Second World War and the challenges that would follow?

The word travel is derived from the Norman-English travail or sorrow. This extraordinary saga of the still vibrant Madge Graves Lambert echoes this bitter-sweet contradiction.

As a teenager in Dover in WW2 Madge Graves (pictured with Prince Harry) became skilled in racing for the safety of air raid shelters when the Luftwaffe bombed and strafed the key English port. She did the same when long-range German guns shelled the town from the Pas-de-Calais across the Channel.

As a nurse at Stoke Mandeville hospital just a short time later she calmly carried on serving breakfast to injured soldiers after a mentally disturbed patient, who had just returned from a raid in northern France, threatened to stick a carving knife in her chest.

After answering a plea from Lord Louis Mountbatten for more nurses to serve in the Burma Campaign, Madge’s nerve was again tested in a week in London where 250 Voluntary Aid Despatch Nurses mustered before moving on to sail to India on a troopship. Doodle-bug rockets and further intense German bombing raids didn’t deter her.

Nor did the game of cat-and-mouse that the troopship, RMS Strathnaver, played as part of Convoy KMF.33 with the Wolf Pack U-Boats of the Kriegsmarine in the Bay of Biscay on the passage to India.

She simply turned over and went back to sleep after being woken by the deep, rumbling crump of depth-charges in the dead of night. She celebrated her 21st birthday on the ship.

After a six-week journey that included a four-day train ride across the Indian continent Madge and several of her fellow nurses were posted to 56 Indian General Hospital in Chittagong, now in Bangladesh.

As vicious, hand-to-hand fighting took place in the Arakan jungles of Burma the number of battle casualties arriving at the hospital put the young nurses under intense pressure. They learned very quickly to expect the unexpected.

Even so it came as a major shock when it was announced that a casualty ward for Japanese prisoners of war was to be opened and that she was to serve there.

The courage and compassion of the young English nurse, who helped staff that ward in the face of the unspeakable acts of their new Japanese warrior-patients features in her remarkable memoirs.

The book is set against a tender and moving wartime romance in which Madge’s loyalty to Captain Basil Lambert is tested over a two-year separation and many thousands of miles.

Some Sunny Day: a nurse, a soldier. A wartime love story, as related to Robert Blair by Madge Lambert, that has become an Amazon Books No1 Best Seller. (Publisher: Pan MacMillan).