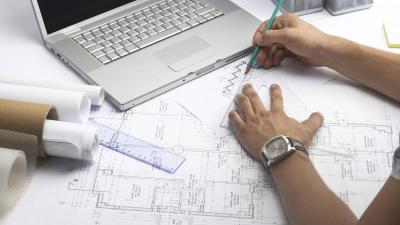 Architects certified in either the USA, Australia or New Zealand are now able to gain reciprocal licenses in all of the three countries thanks to a new agreement.

The Mutual Recognition Arrangement between the trio of architectural licensing authorities came into effect at the beginning of 2017.

Spearheaded by the USA's National Council of Architectural Registration Boards (NCARB), the arrangement was signed by the Architects Accreditation Council of Australia (AACA) and the New Zealand Registered Architects Board (NZRAB).

"The arrangement is an exciting opportunity for architects seeking to expand their careers internationally," said NCARB president Kristine Harding.

"NCARB Certificate holders have been able to pursue licensure in Canada and Mexico for some time, and this arrangement represents a significant step in providing additional benefits to these architects."

So far 29 of the 54 licensing boards in the US have accepted the arrangement, including those in California, Texas, Washington and Wisconsin.

To be able to take advantage of the opportunity, architects must hold a current NCARB Certificate and meet a list of requirements.

The arrangement is similar to the USA's current agreement with Canada and Mexico, and came about after research showed that the paths to licensing in Australia and New Zealand parallel US requirements.

On the other side of the world, the Brexit vote has thrown into question the current reciprocal licensing arrangement between the UK and other EU member states.

The UK's licensing body, the Architects Registration Board (ARB), has told Dezeen that the future situation is unclear.

"At the present time and in relation to ARB's remit we know little about what the UK's future relationship with the EU might be and understand that it might indeed take some time to resolve," the organisation said.

"We are continuing to deliver our statutory obligations on a 'business as usual' basis and is this is likely to remain the position until we are advised to the contrary or there are changes in legislation."

More in this category: Composites will be Part of the World’s First Rotating Skyscraper »
back to top
Apr 12, 2018

Neri Oxman—Vision for the Future of Engineering