Hitachi and Honda team up for cheaper electric motors 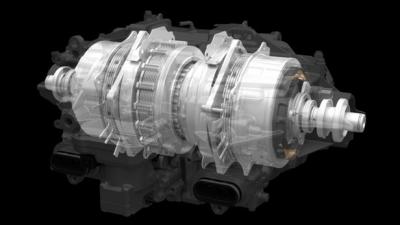 Honda and Hitachi are teaming up to lower the cost of electric vehicle manufacturing. The motorThe motor pictured is from Honda's NSX supercar.

As electric cars become more common, manufacturers are battling to find new ways to improve their hardware and lower costs. Over at Honda, the desire to improve its battery-powered cars has led to a new partnership with Hitachi, which has a long history of building motors for electric vehicles.

Given the global push toward tighter emissions standards and the growing popularity of electric vehicles, both Honda and Hitachi are looking to lower the cost of mass producing motors. Should they be successful, the partnership could lead to cheaper electric cars for the masses – a situation where everyone wins. To make it happen, the two companies have signed a memorandum of understanding to generate a "technological synergy" between supplier and manufacturer designed to "strengthen their competitive advantage and business foundation for the motors at the core of an electric vehicle."

Although the project will initially be based in Japan, there are plans to expand the joint venture with manufacturing and sales operations in North America and China. The two companies will be working in tandem, but they won't be exclusive – Hitachi will keep working with other manufacturers, and Honda will continue to use motors it builds in-house in Japan in some of its cars.

All up, the joint venture will be worth ¥5 billion (US$44,750,000) with Hitachi shouldering 51 percent of the load. The new (unnamed) joint venture company will be formally be signed into action at the end of March 2017, with work set to begin in June.

This isn't the first time Honda has joined arms with another manufacturer or supplier for cheaper, more advanced alternative powertrains. Earlier this year, the Japanese giant and GM teamed up to develop lower-cost hydrogen fuel cells, although that US$85 million deal represents a more significant investment than the Hitachi tie-up.