Lord Pendry Takes It on The Chin Over Foxhunting, Hereditary Right to House of Lords, and Manuka Honey 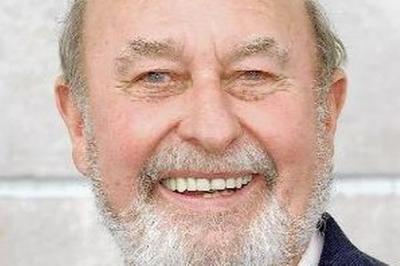 Lord Pendry is familiar in New Zealand within sporting circles. He retains too a constant guardian-angel like role over the nation, most recently when in the House of Lords he challenged the Government over the need to control the validity of labelling for Manuka honey. He was for many years the Labour Member of Parliament for Stalybridge and Hyde. In 2000, he was appointed member of the Privy Council on the recommendation of Tony Blair. After the 2001 election he was elevated to the peerage as Baron Pendry of Stalybridge. An institution within the English speaking realm’s greatest institution, the Palace of Westminster, boxing buff Lord Pendry (above) has just seen published his autobiography, Taking It On The Chin (see below). 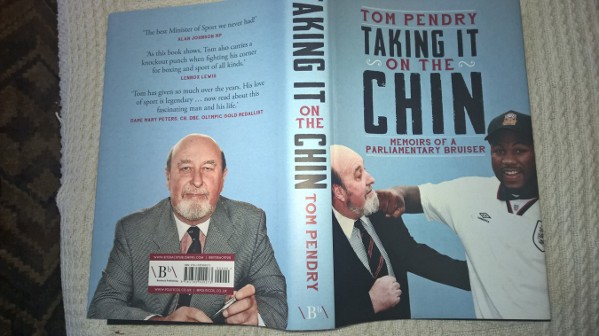 You began your career as an engineer.  How important is a manufacturing-production base for a developed economy such as Britain’s or New Zealand’s for that matter?Although the service industries are increasingly the norm in Britain, manufacturing continues apace; the UK is currently the world's ninth largest industrial nation. I think it is important that the Government does more to support UK manufacturing industries despite fierce competition from other countries. The recent crisis with steel production in South Wales is a case in point.

As a British Member of Parliament you knew the Blair family, from Tony’s father-in-law, who lived in your constituency, and you were widely credited with opening the path to Westminster for Tony. His legacy?Yes, I introduced Tony Blair into mainstream parliamentary politics in 1982 when, following my introduction, he unsuccessfully fought a by-election before gaining a safe seat in the North East constituency of Sedgefield. In my view, Tony was an outstanding Prime Minister who achieved much, especially bringing peace to Northern Ireland, but many other good measures also—regretfully he will be remembered by many for his support of the Iraq invasion.

Your constant advocacy for sport is well-known. How important in the age of video games is organised sport for school age boys and girls?Sport within society is of great importance to both the health and morale of its people but also in its importance to the economy of countries like the UK and New Zealand. Sport is also a great leveller in terms of gender, religion and race, bringing together the best in humankind. In order to address the negative effects of children playing video games, it is important that sport facilities are provided and participation in sport is encouraged. A good example of an organisation in the UK which invests in local sport facilities is the Football Foundation, of which I am President; with funding from the Government, the FA and the Premier League, the foundation funds multiple projects across the UK which provide new and refurbished grassroots sports facilities, improving the quality and experience of playing sport at the grassroots level. Formed in 2000 they have supported projects worth more than £1.3 billion.

One sport you most definitely do not approve of is fox-hunting?Certainly I do not approve not only of fox hunting but of cruelty to animals per se. Fox hunting is now illegal in the UK but there is evidence to suggest that hunts continue to take place. The argument that fox hunting is about curbing the number of foxes in the wild—a form of pest control—does not stand up because there is strong evidence to show that foxes have been captured and bred by hunters purely to be used in hunts.

You have on several occasions registered your disapproval of hereditary ascendancy to your own House of Lords?I do not believe that because a person achieved greatness in his lifetime that should also necessarily be reflected in the shape of a family member years later, who may not be worthy of the honour himself. We have in the House of Lords many examples of such people not worthy of the honour which had been bestowed upon their ancestor. Fortunately some do make a notable contribution to the workings of Parliament. In truth, now the number of hereditary peers is limited to 92 so some progress has been made in the right direction.